How to grow LOTS of pumpkin in one remaining vegetable garden bed??? Construct ‘Pumpkin Palace’ to grow them UP instead of on the ground! So far, it is looking great, with pumpkin, okra, vegetable spaghetti, cucumber…..and probably more…..growing up the structure, with sweetcorn and beans growing underneath. 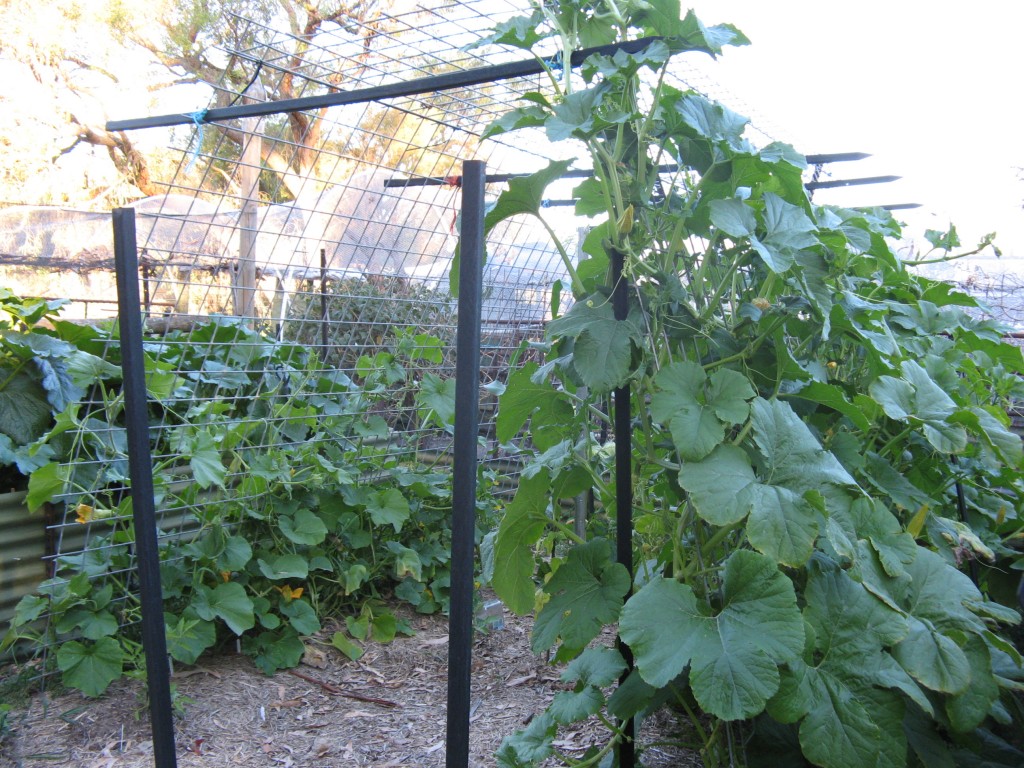 Life on a farm, no matter how small it is, does still have its setbacks.

We have recently had a ewe die. We are not sure why- it may have been a snake bite (they had just been moved into a different paddock that had been unused for a while). She was one of the 1 year old ewes that had surprisingly had lambs (usually they are two year olds), so perhaps it was related to the fact that she was too young. Now we have a 5 week old lamb orphan lamb…..fortunately the Wiltshires are a strong breed and graze very early in life, so it should be ok.

Our apricot and orange trees are far too big to cover with nets, so have been ravaged by fruit fly. They both produced an abundant crop, and we were able to use a lot before they were badly stung, but such a lot was wasted!

We have had good success with our turkey and poultry breeding….but not the ducks. Despite several different ducks sitting on eggs over the last few months, not one egg has hatched! There is one duck currently sitting, so fingers crossed………..