One day, Mack saw a rabbit in the butchers for $25 per kilo. On asking the price of that particular rabbit, discovered it was $25 and decided there and then that we were going to have rabbits now!

This was quite timely, as we no longer had horses so the stables (part of them) were unused and an ideal place to keep rabbits. We set about converting them into the ‘Flop(sies) House’ to accommodate a few cages which we put on saw horses to keep them off the ground. We unfortunately lost this set of rabbits after a couple of years due to myxomatosis. This was introduced to the wild rabbit population to reduce numbers and is spread by mosquitos, so unfortunately also spread to ours.

We have now (remember, there is ‘never nothing to do!!) flywired the entire area to keep the mosquitos out. Also, we were not happy having the rabbits in cages, even though they were a good size, so built individual pens instead. The beauty of this is they are all close to each other, plus every day one of them gets let out for a ‘holiday’ where it can wander in the larger area and say hi to all the others! 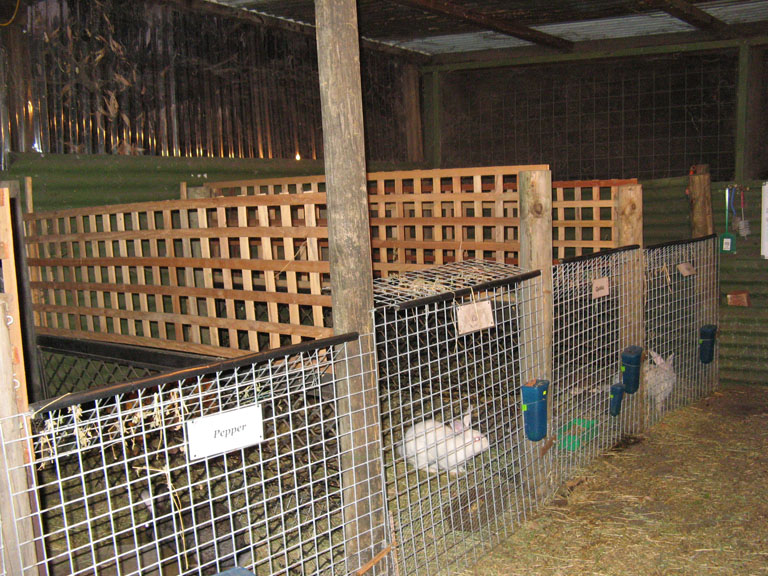 Individual pens for each rabbit 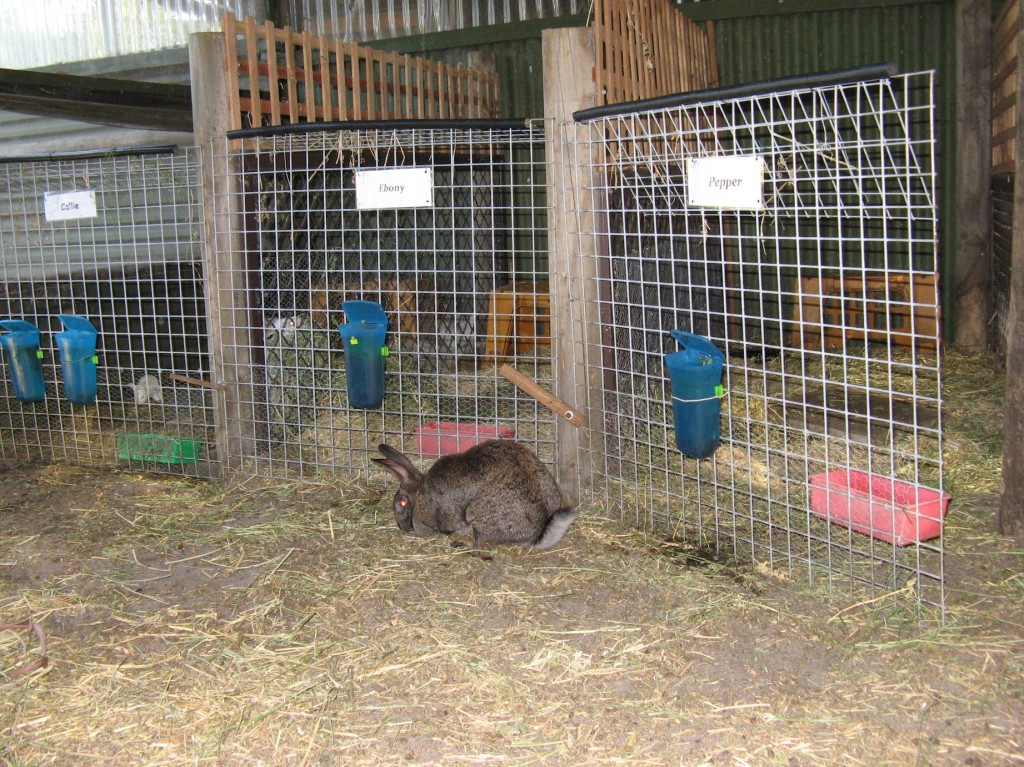 Pepper’s day out on holiday!

Rabbits tend to be a bit nervous with loud noises, so we leave a radio on in the Flop(sies) House during the day so if we are working nearby they do not get a fright. They also do not like the extreme heat we get here during summer, but this is relieved by using a fan and placing ice blocks (freezing 2 litre containers of water overnight) in each pen. 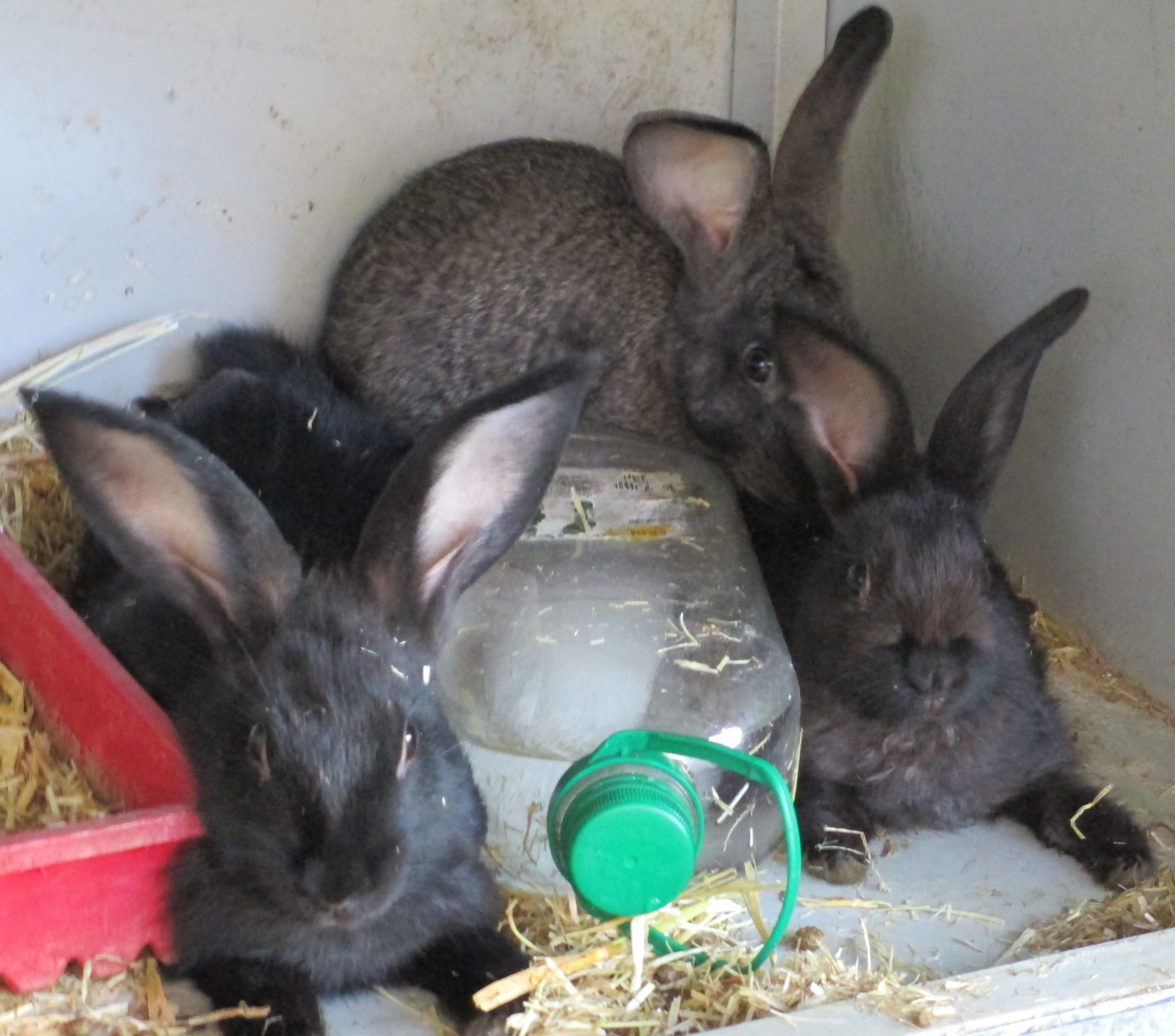 Cooling down on a hot day! 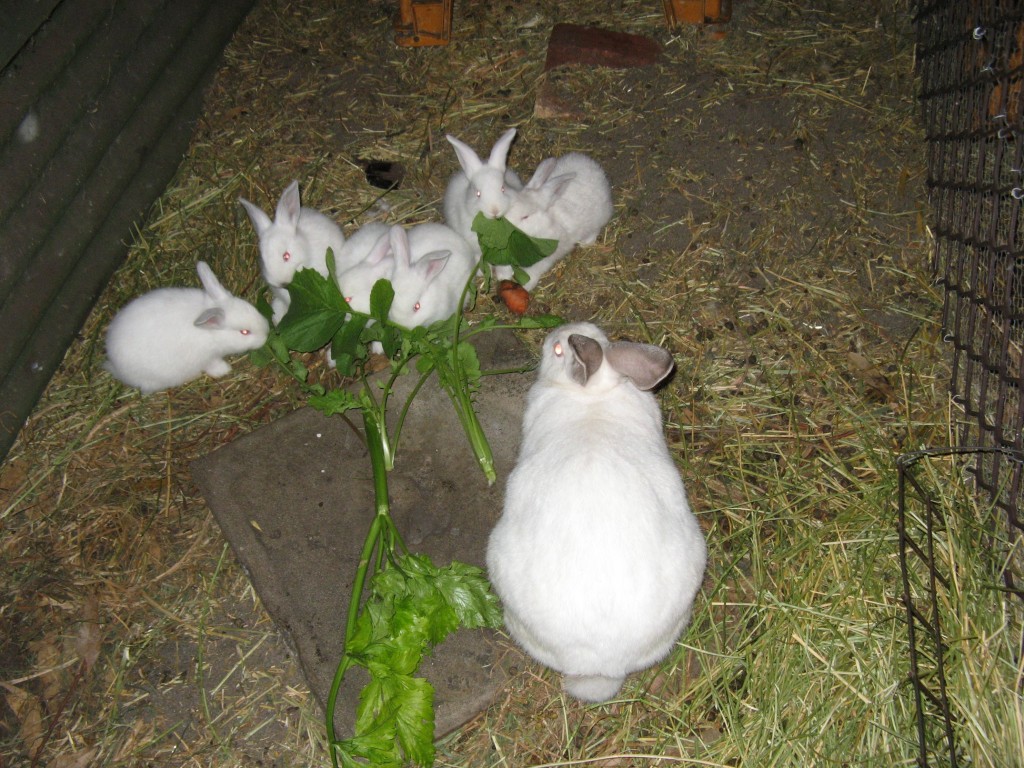 Callie and her litter 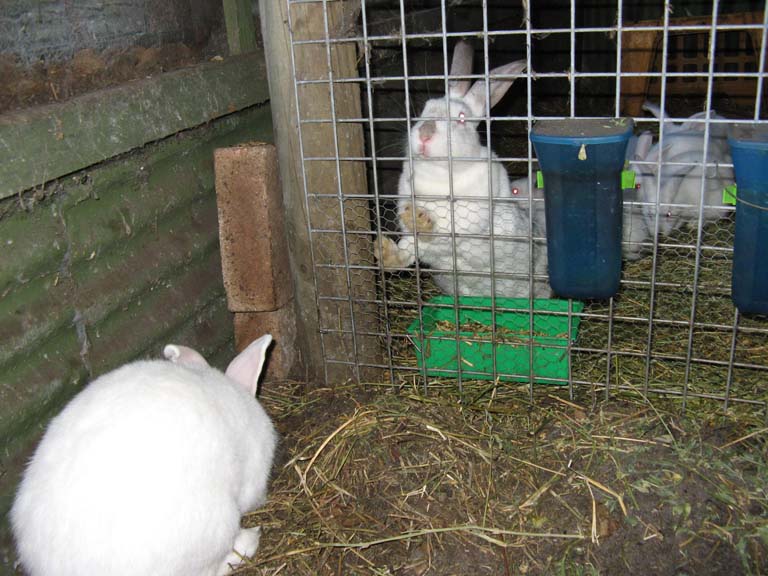 Callie to Eiger, the father of her children: “Let me out of here!”

We don’t breed them over summer as it is too hot, and we are sure to give each of the does a break so they take it in turns so each doe tends to only be bred twice a year. The kittens remain with the doe until 8 weeks old when they are weaned for a further 4 weeks until they are about 1 kg and ready for the pot.