In May 2012 we started an aquaponics system, installing three grow beds and a 2000 litre fish tank with the plan to have trout in winter and barramundi in summer.

In two weeks we went from this…… 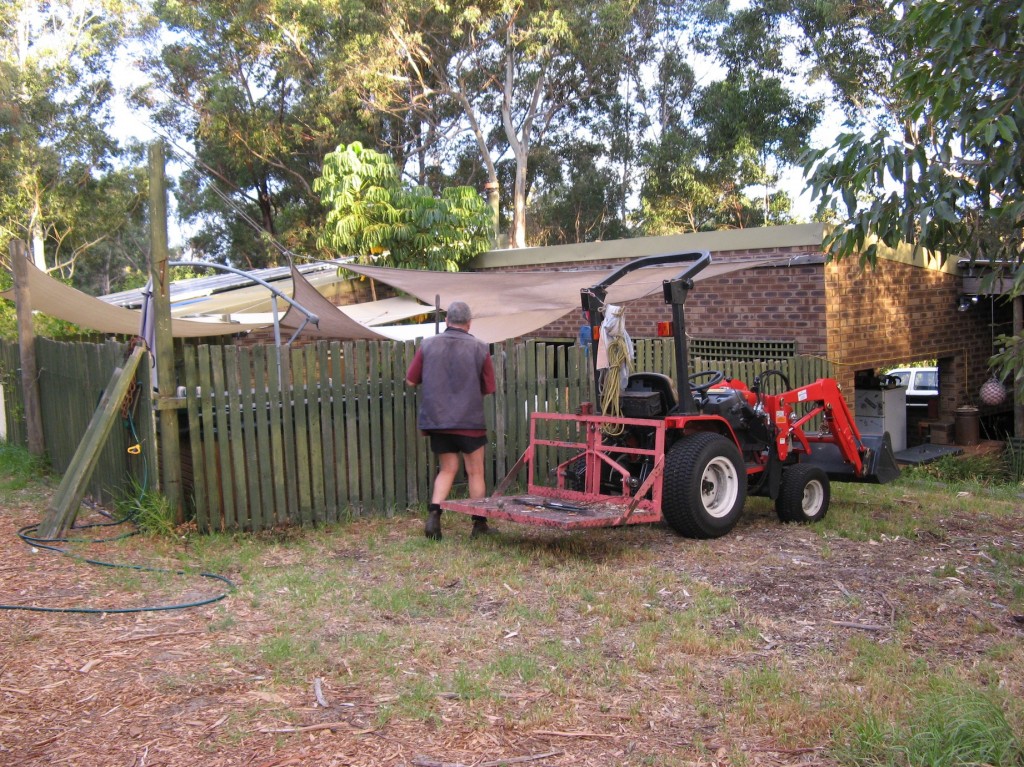 First step is to remove the existing pool fences 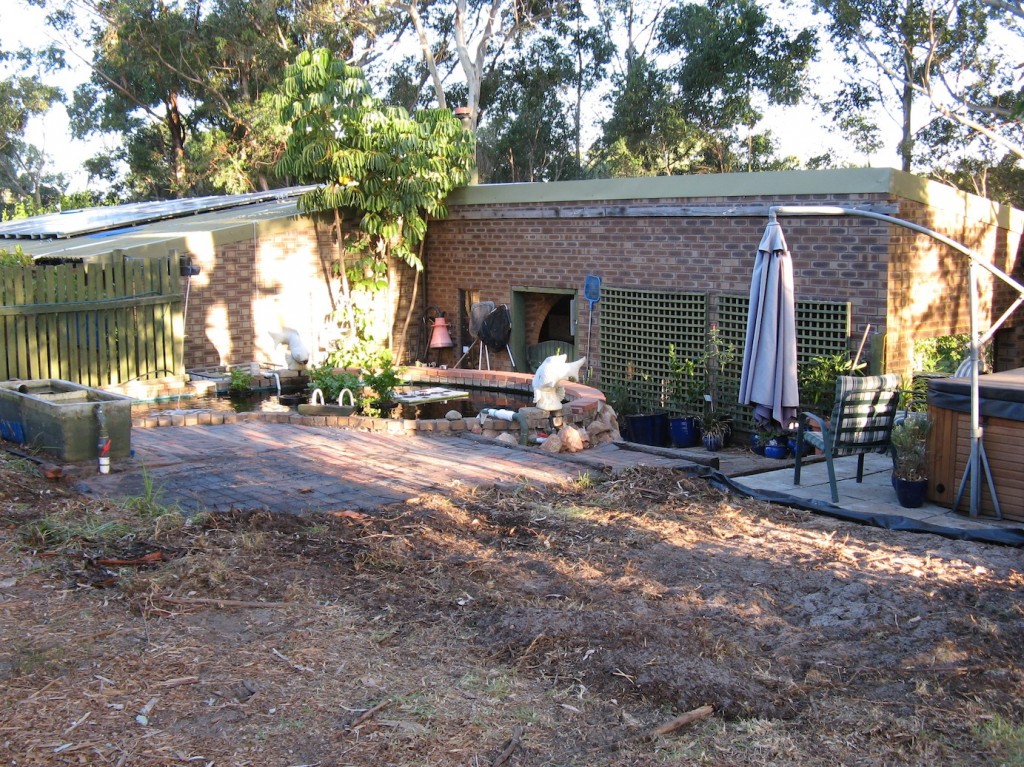 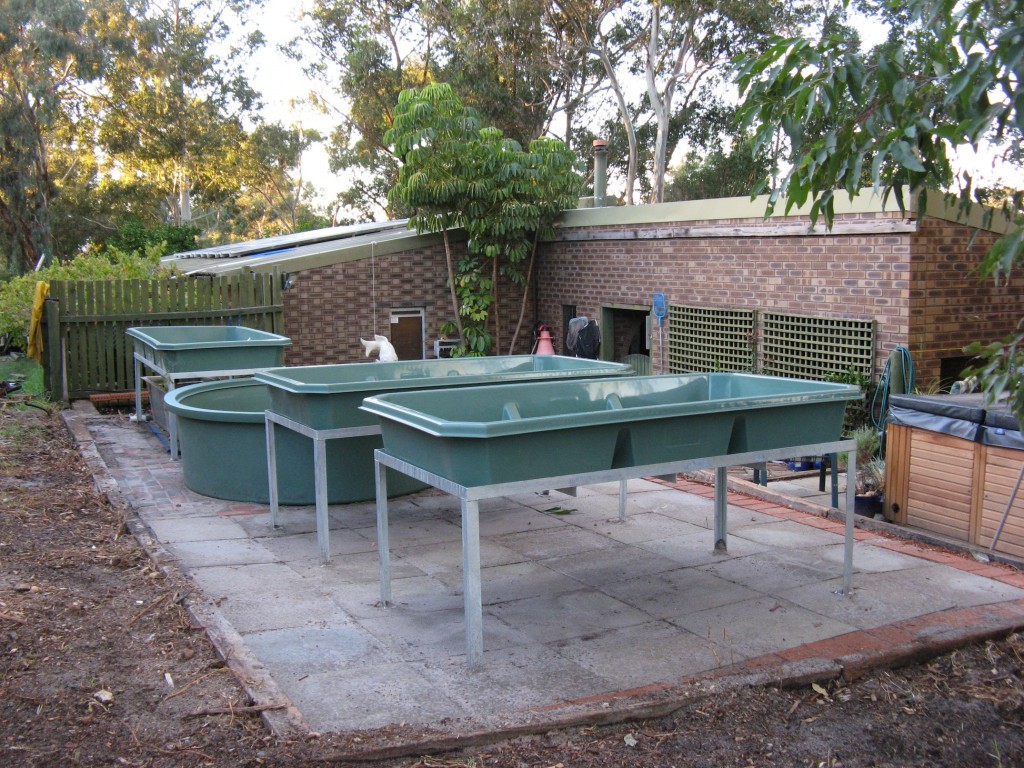 Once it was all set up, seedlings and seeds were planted….. 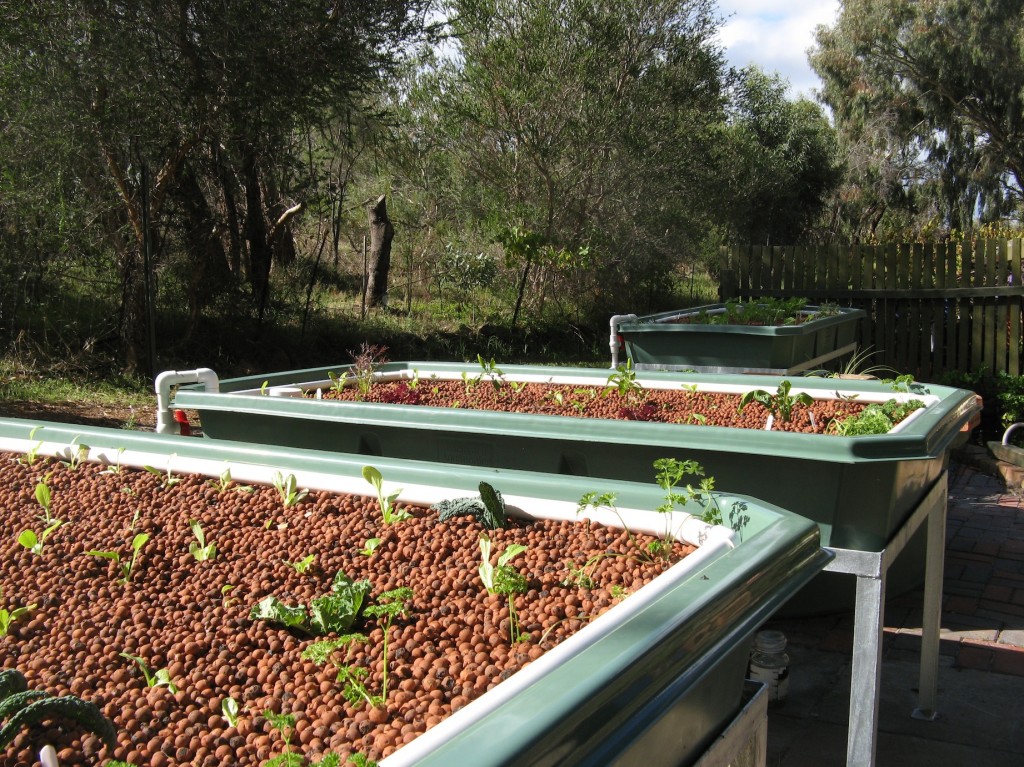 The three grow beds planted out for the first time

And in just five weeks it looked like this…… 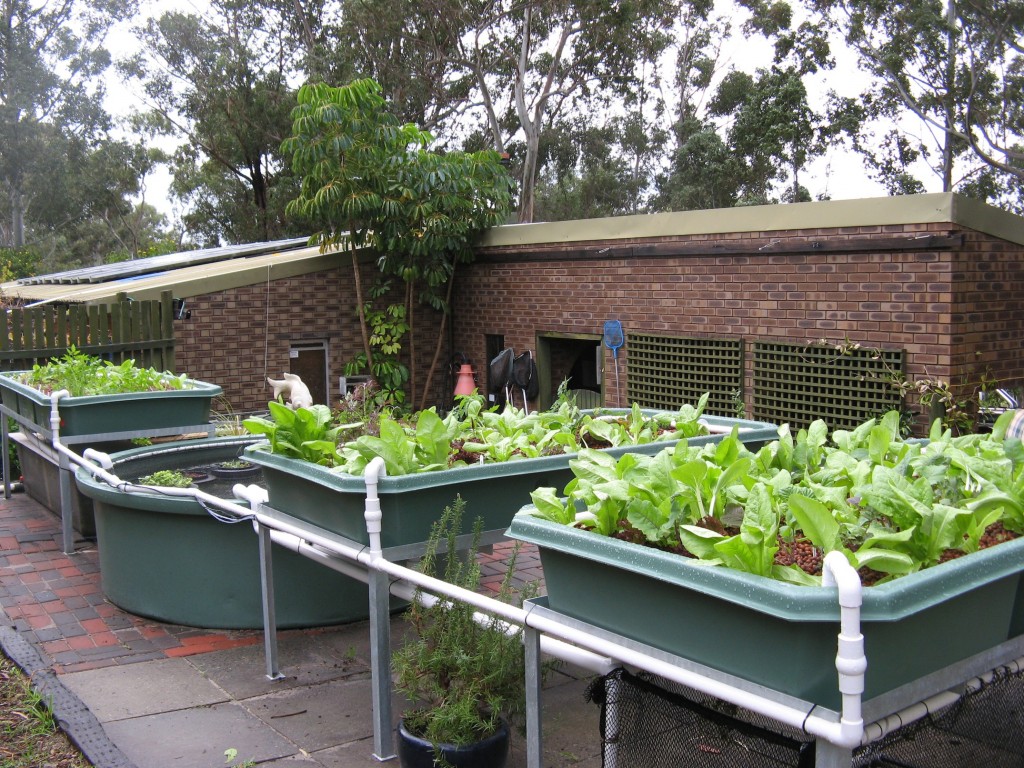 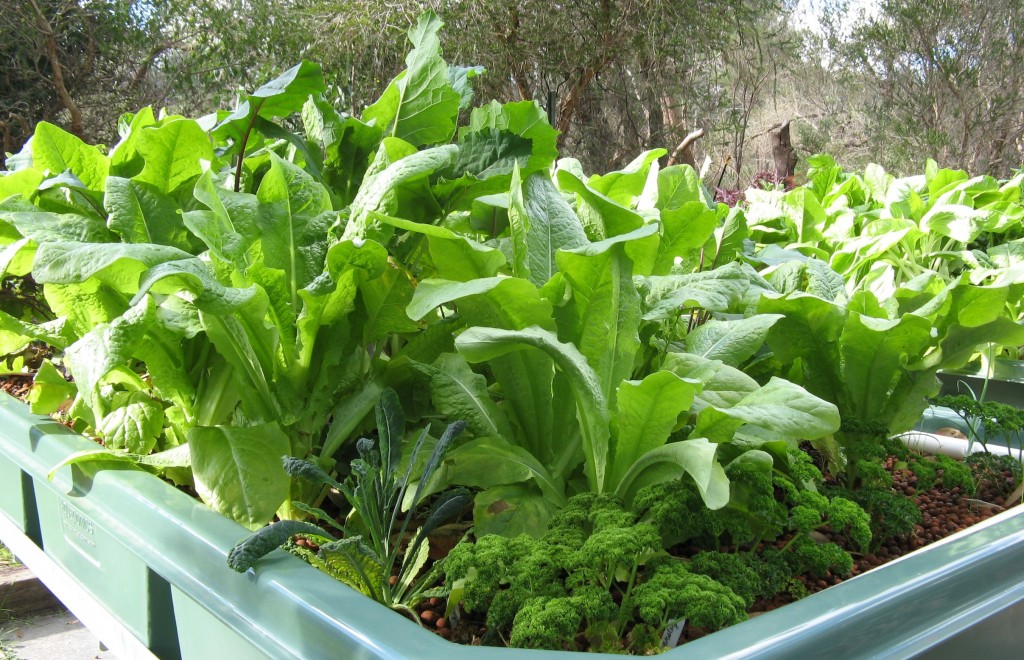 ‘Aquaponics’ is growing fish and vegetables together, with each benefiting the other, and in a very sustainable way. The fish in the fish tank produce waste in the water, the water is regularly pumped to the grow beds where the vegetables use this waste to grow, and in the process clean the water before it flows back into the fish tank. It uses very little water and a good pump uses only a small amount of electricity, making it a very sustainable way to produce food.

We bought a system from Backyard Aquaponics made up of a 2000 litre fish tank with three grow beds (2m x 1m), which fitted beautifully in the area we had prepared for it. We put 50-55 trout in the fish tank, and in the early stages until the system ‘cycles’ we test the water daily for ammonia, nitrites, and pH. Other tests are also needed, though the results are not as critical as these. Temperature, hardness, nitrates and salinity tests are also valuable in checking that water quality is appropriate for both fish health and plant growth, though at various times this can be a compromise. For instance, if water conditions are not ideal the addition of salt to the fish tank can help the fish, however plants will suffer to some extent with the addition of salt. 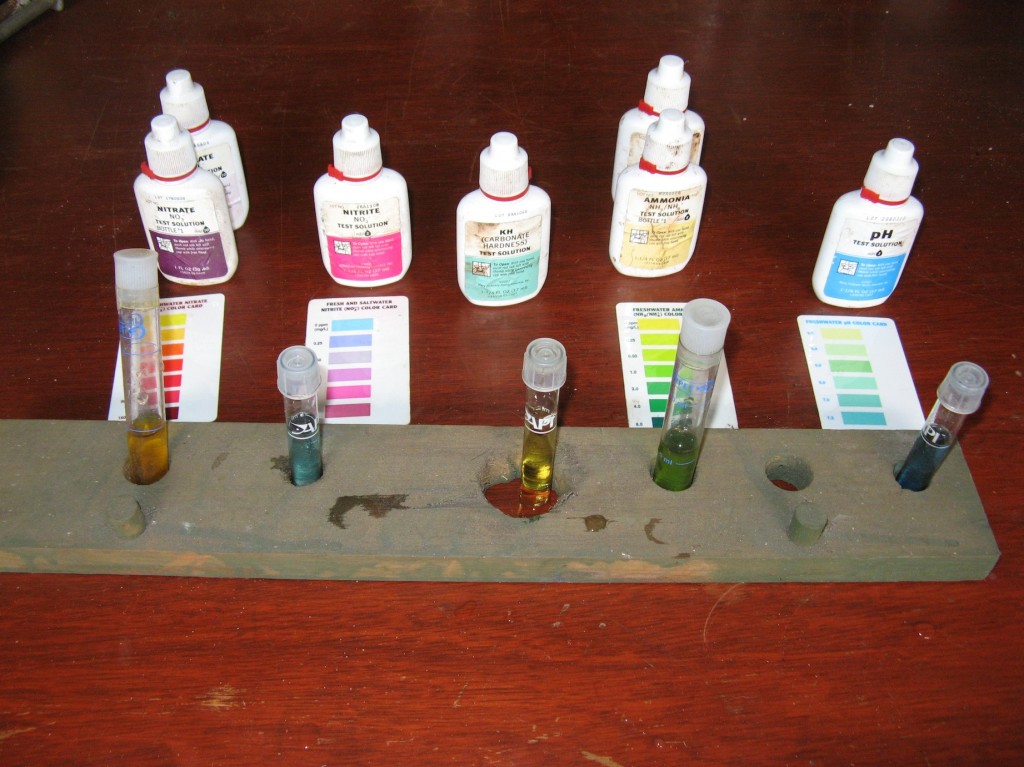 Initially, the ammonia kept rising, then the nitrites, but four weeks after initial set up the ammonia was back down to zero and the nitrites had also dropped to zero by week 5. We did add salt to the fish tank to help the fish cope with the higher nitrite level. The system seems to have cycled fairly quickly, probably because we used water from the existing pool set up to fill the fish tank, plus transferred some bacteria laden ‘sludge’ from the pool’s biofilter to the grow beds to ‘kick-start’ the system. We were also careful not to feed the trout as much as they wanted, tempting as it was to see them leap out of the water in their usual feeding frenzy!

With trout in the fish tank, a net cover is essential as they have a tendency to jump out. White PVC pipe is good as it bends to fit the circular shape of the fish tank, with just a little right-angle section to fit around the pump pipe. 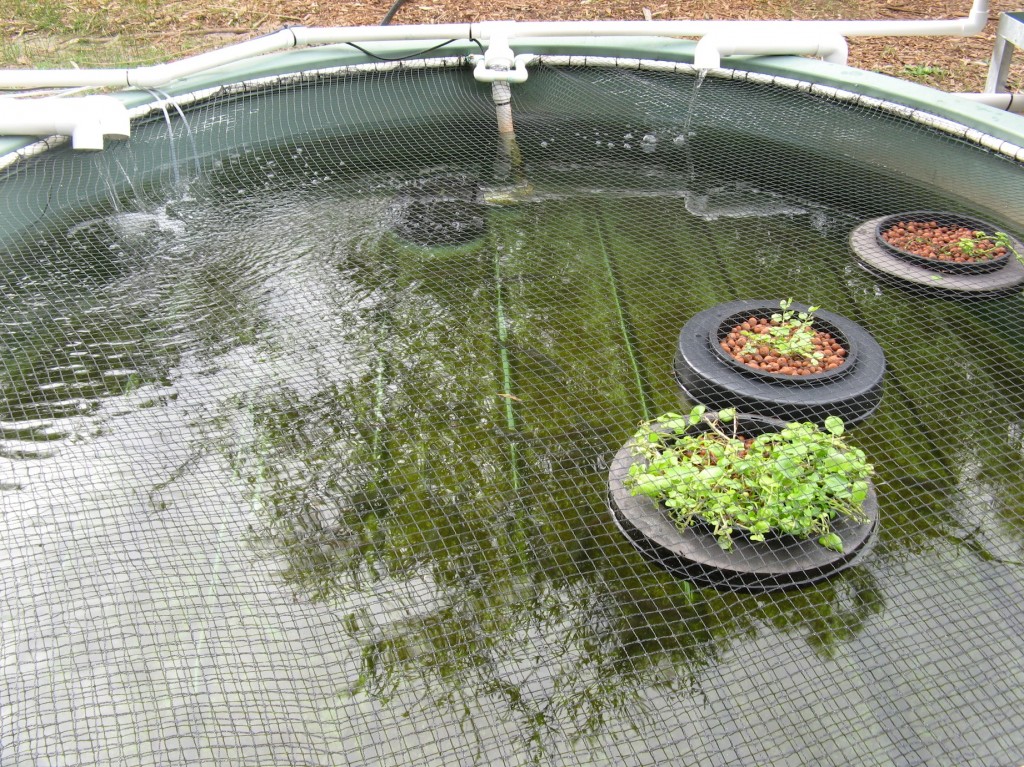 Fish tank cover fitting snuggly in place to keep the trout in and the birds out!

For the hot Perth summer, we added a gazebo over the fish tank and then some shade sails over the grow beds – these offer some relief from the sun plus reduce the amount of fallen leaves in the grow beds. 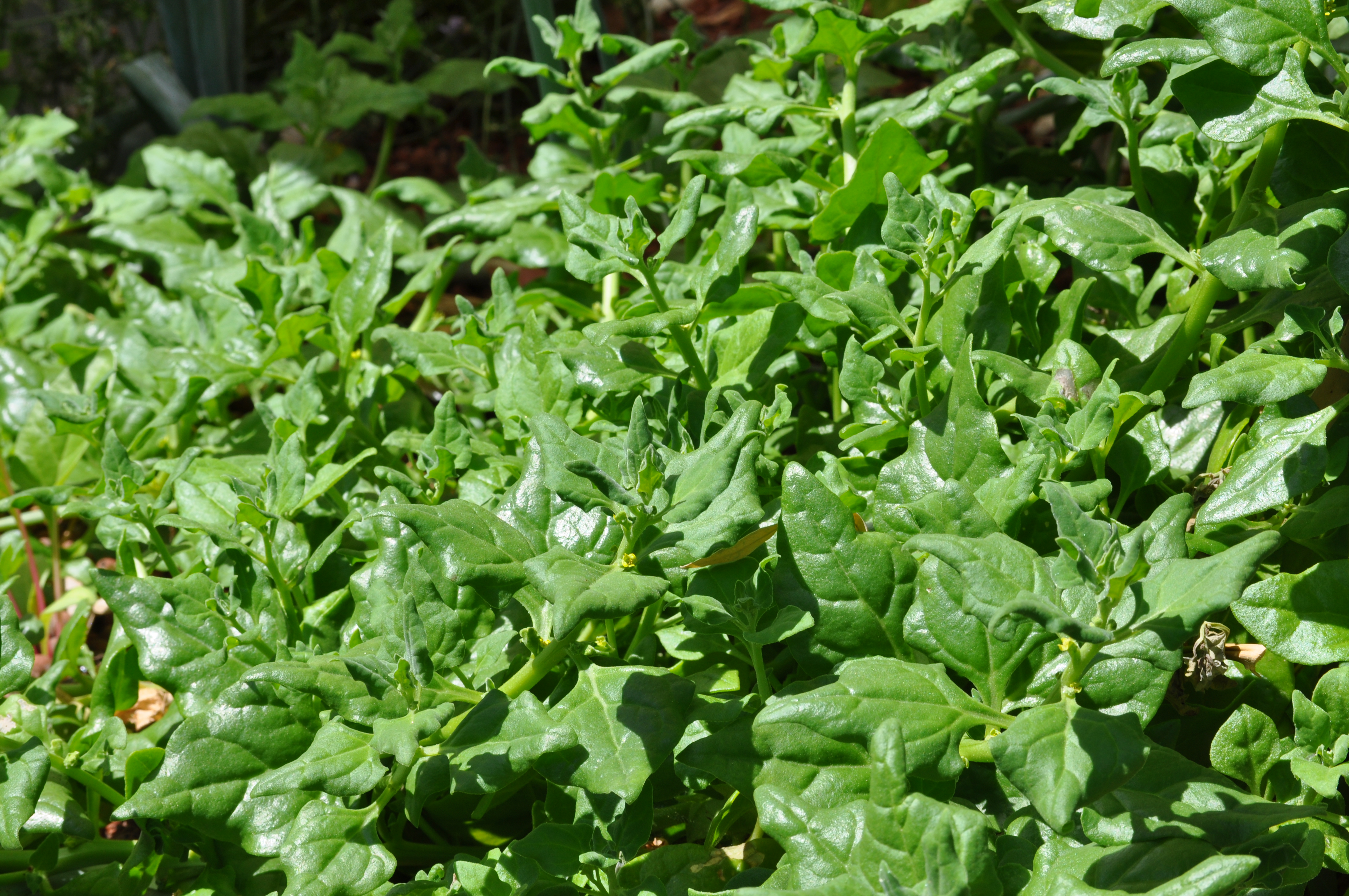 Warrigal grows brilliantly in the aquaponics 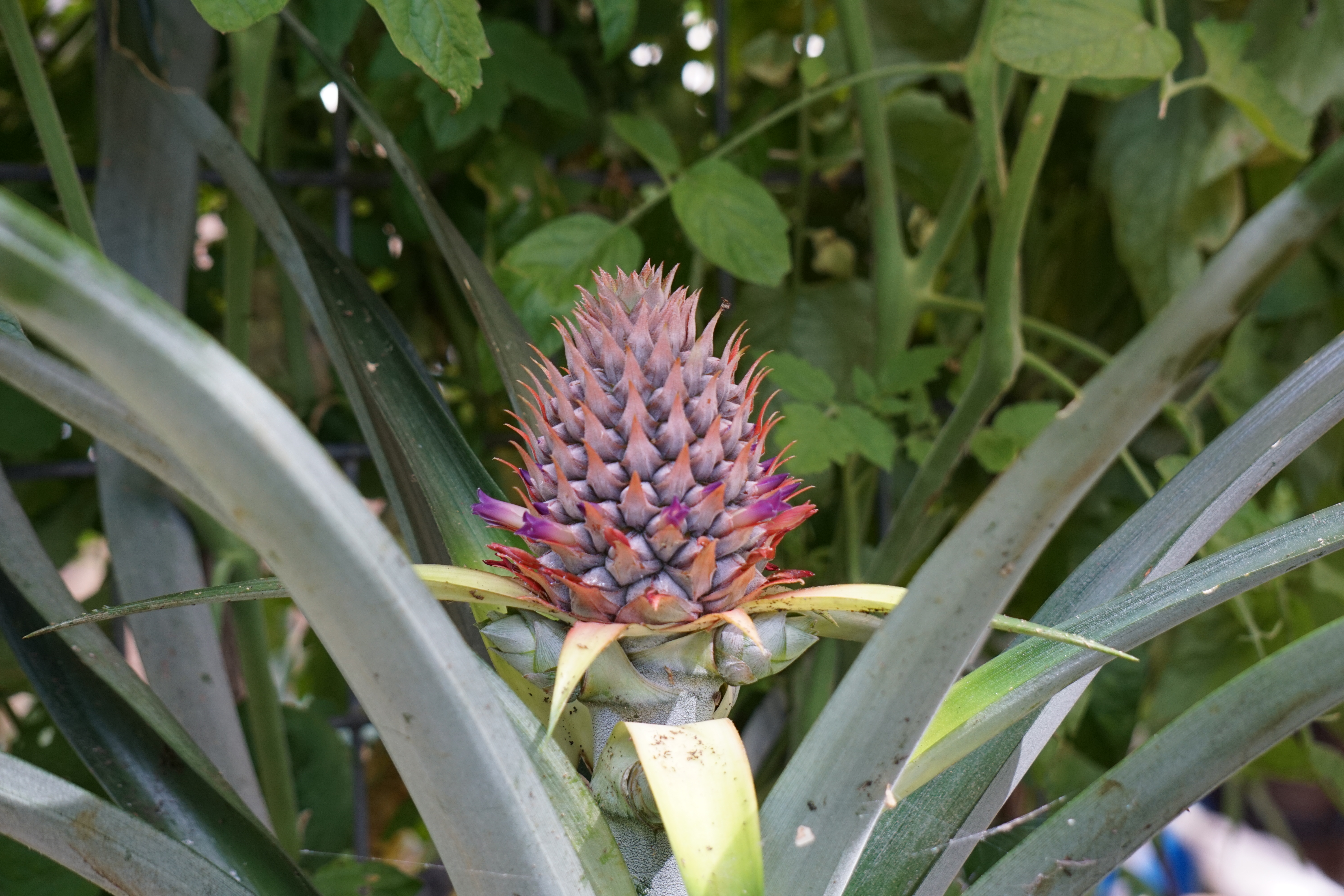 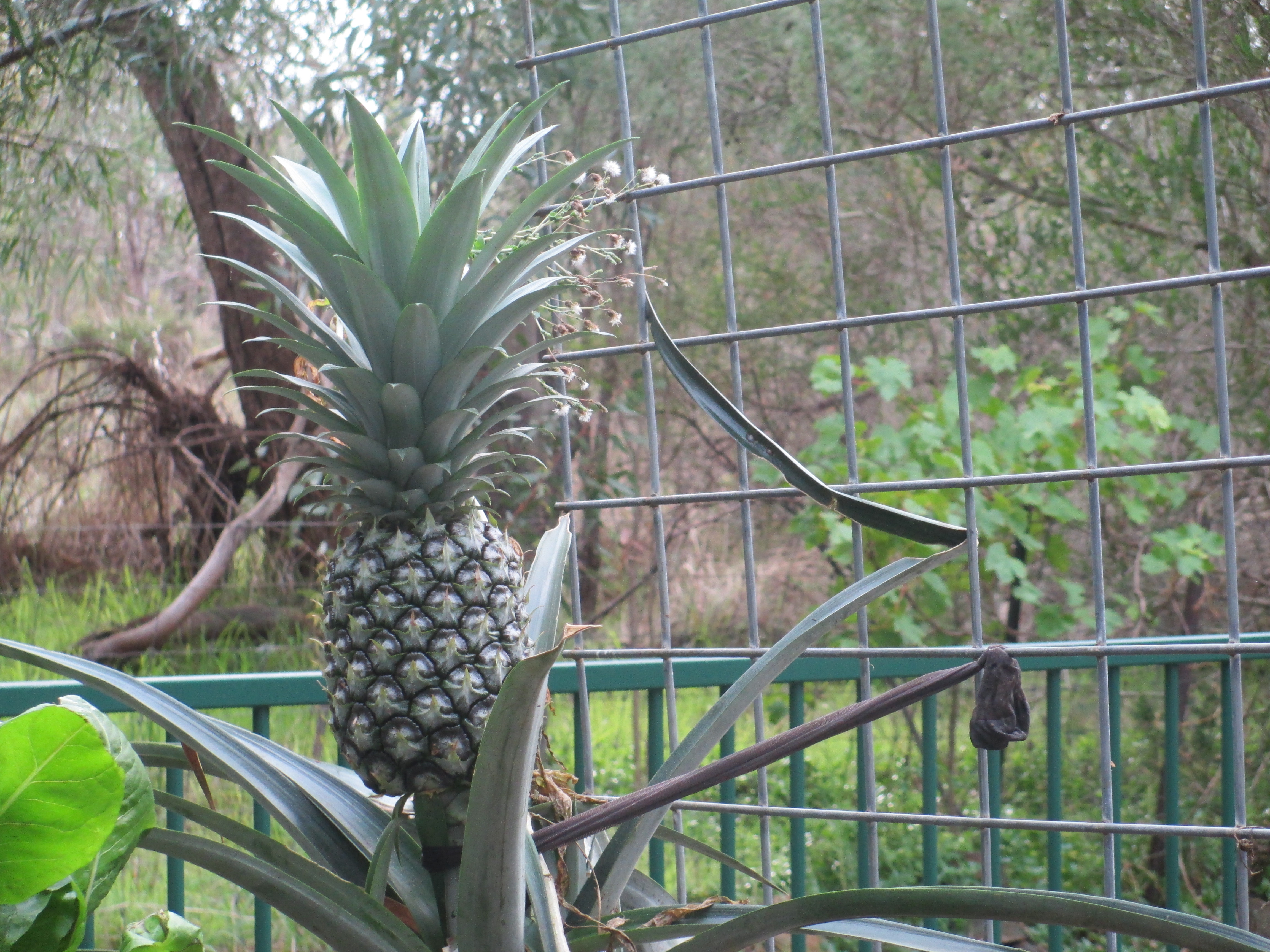