Otherwise known as when ‘brain’ went away…….

It has been a very interesting experience growing vegetables in both an aquaponic system and in a dirt garden, and worthy of documenting our observations!

During winter of 2012 ‘brain’ went away, and ‘brawn’ decided to ‘experiment’ by leaving the dirt vegetable garden alone (i.e. no weeding, no fertilising….just a little picking). The result on ‘brain’s’ return was very interesting:

1. The growth of the vegetables was significantly better in the aquaponic system than the dirt garden. 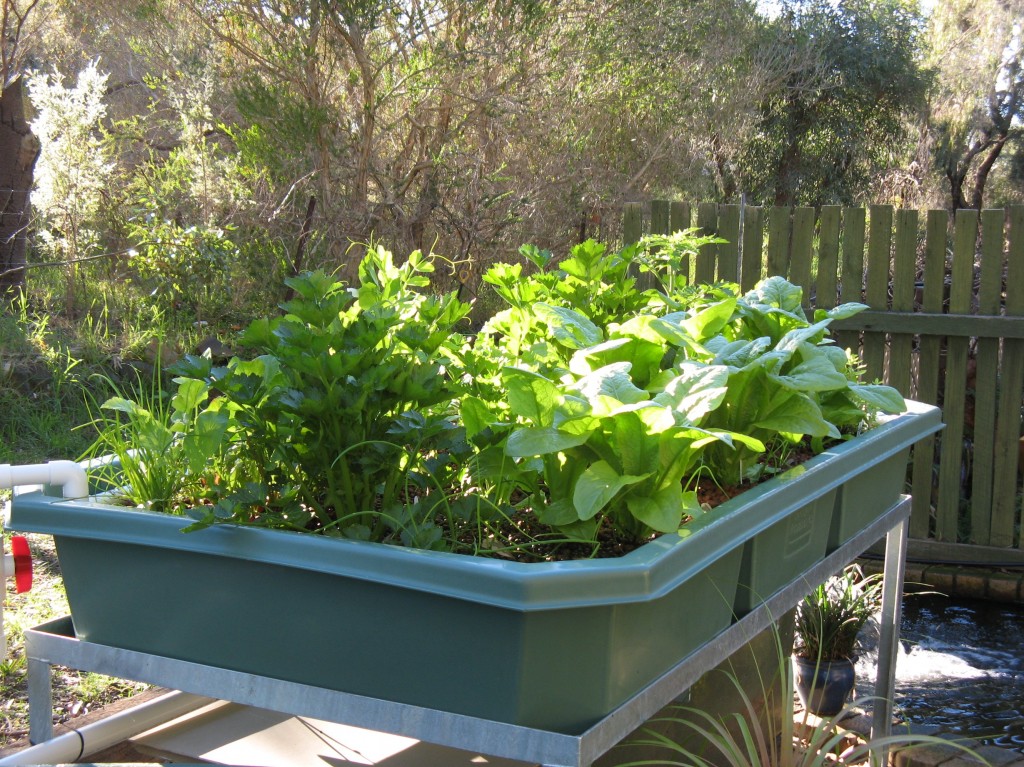 Lush growth in the aquaponics system

3. The weeds had taken over the dirt garden compared to none at all in the aquaponics. 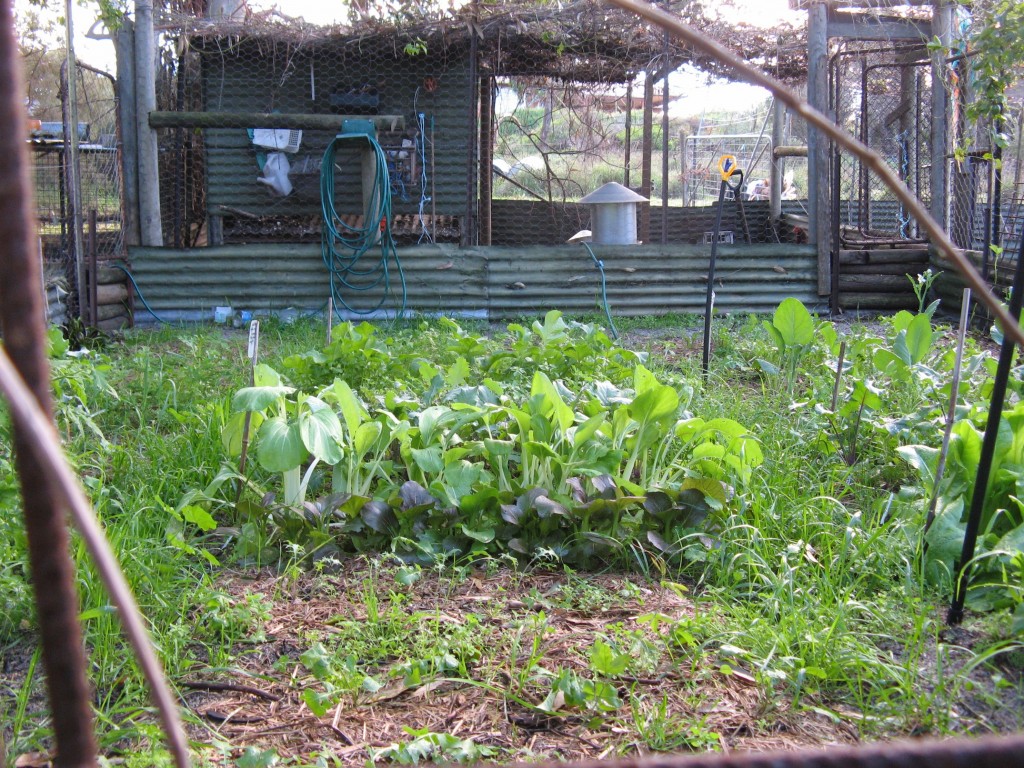 4. A full day of weeding, tidying and re-mulching was needed to bring the dirt veggie garden up to scratch. 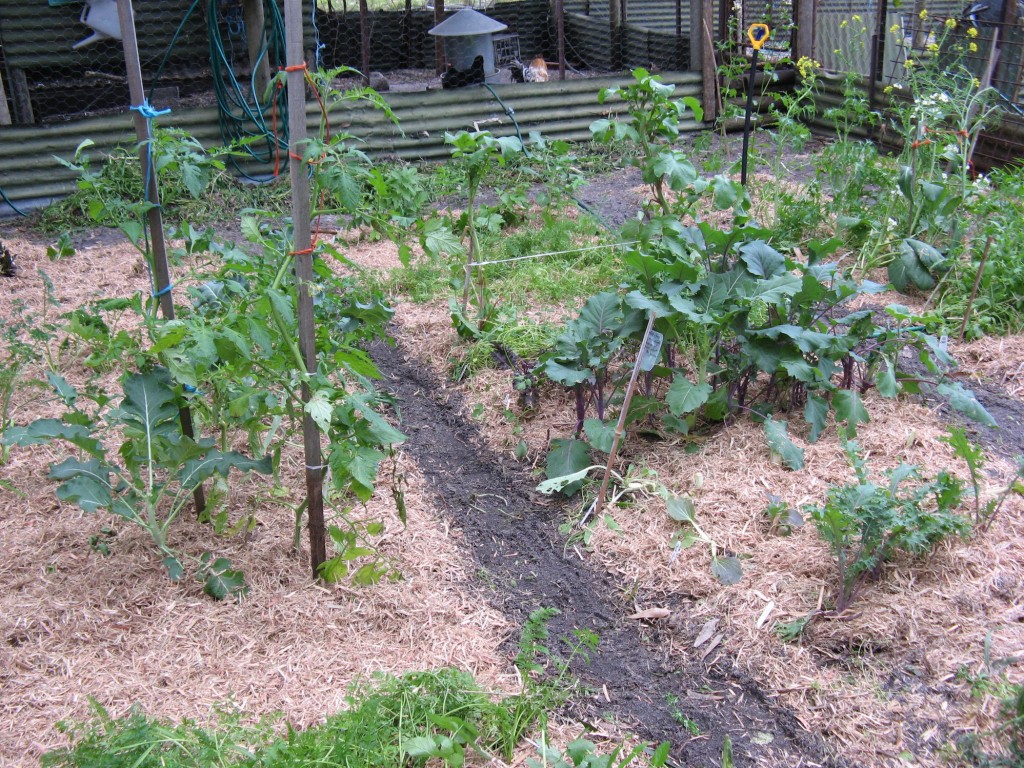 Tidy once more, but a lot has gone to seed.

Conclusion: An aquaponics system produces better growth and requires less effort than a dirt veggie garden!! Admittedly this ‘experiment’ took place in winter, and used electricity to run the aquaponics plus fish food, when the dirt garden had absolutely nothing- no fertiliser, manure or watering, so cost wise the aquaponics system was more expensive. Considering the effort required to maintain a dirt garden in winter, with the mulching, weeding and feeding needed, and then considering the effort and cost of doing the same in summer when watering is added…..our vote is for aquaponics!

However….there are some veggies that (we think) grow better in the dirt, either because it is not constantly wet or simply because of the space needed, such as potatoes, sweet corn, pumpkin, melons etc. So we have reassessed the space we use for dirt gardening! We have sown one of the three veggie areas with ‘clucker tucker’ for the hens to range in; one still has the veggies growing but when finished will also have ‘clucker tucker’ so they can be alternated. The third area has been remodelled with two raised beds removed to create space for the veggies mentioned above that need space, and the two remaining raised beds will be for perennial veggies such as asparagus and artichoke.