Home grown rabbit is quite mild and can be pretty much used as you would chicken. We have a few favourite ways to cook it however!

We follow this easy Thermomix recipe and just substitute the chicken livers for rabbit liver (or any other livers). It is yummy! 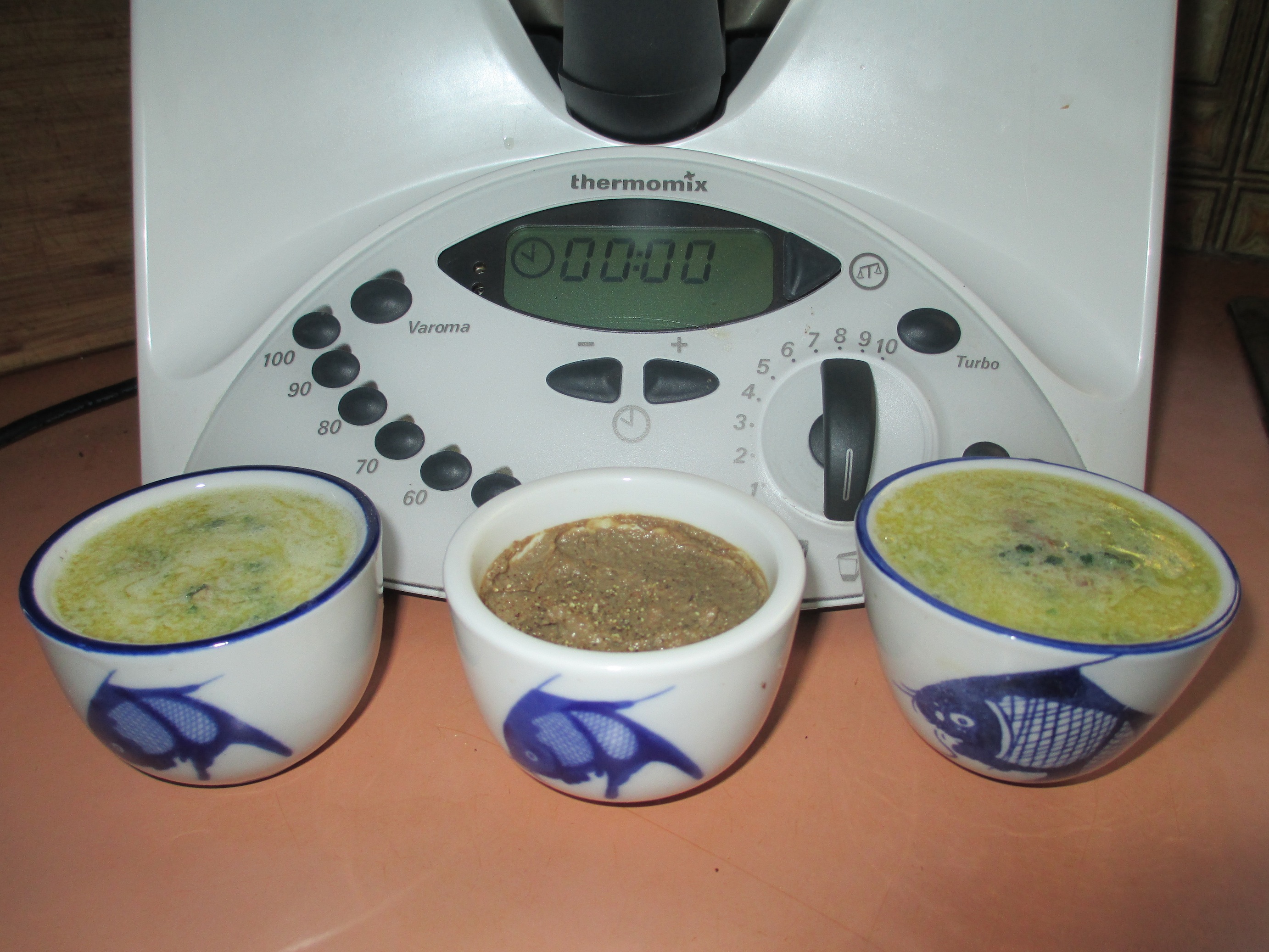 Roasting can often result in dry rabbit meat, but we do it in a little convection oven we have and it is really yummy, possibly the smaller space around it reduces the drying effects. 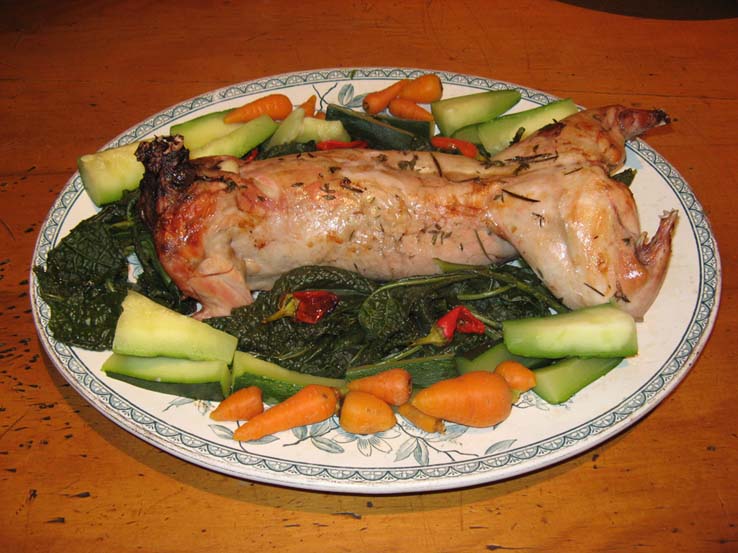 Sometimes the rabbits….well….they breed like rabbits! Occasionally the wrong one will get out and one month later we have more kittens, unplanned for! If we have an excess we always give some away to friends, but we also make sausages! We get about 500-700g of rabbit meat per rabbit, once it is all cut off the bone. We mince the meat in the Thermomix first, then mix all the ingredients (there are several recipes on the web and in books, ours came from recipezaar.com and is no longer available online, but we did print it out!). A lot of sausage recipes have added fat, and we spent some time researching those that don’t as we feel they are healthier.

2 tablespoons each of fresh chives and fresh parsley

All the preparation was done in the Thermomix- milling/mixing the herbs and spices first. This was removed while the rabbit was minced, then added back in to mix it all up.

We used collagen casings and our sausage maker as per the instructions. One thing we found was the Thermomix didn’t like mincing the skin or sinewy bits, so we picked these out. It makes for a healthier sausage anyway! 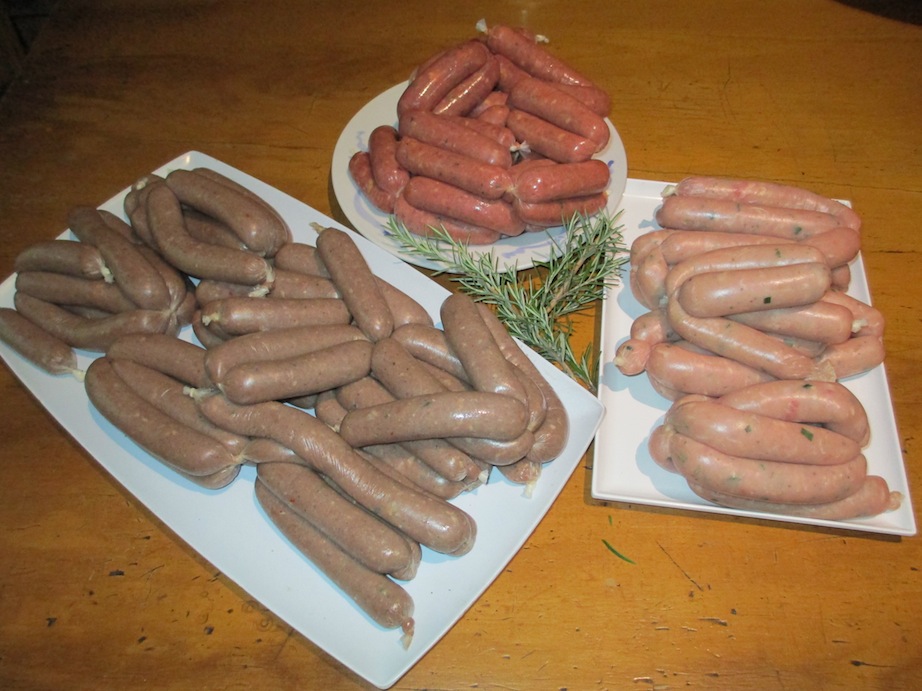 Ligurian braised rabbit and rosemary with olives and tomatoes

This recipe is in the Jamie Oliver cookbook ‘jamie’s kitchen’, and we follow it pretty closely other than omitting anchovies. It is really, really delicious and always successful, even when done in a slow cooker instead of the oven! 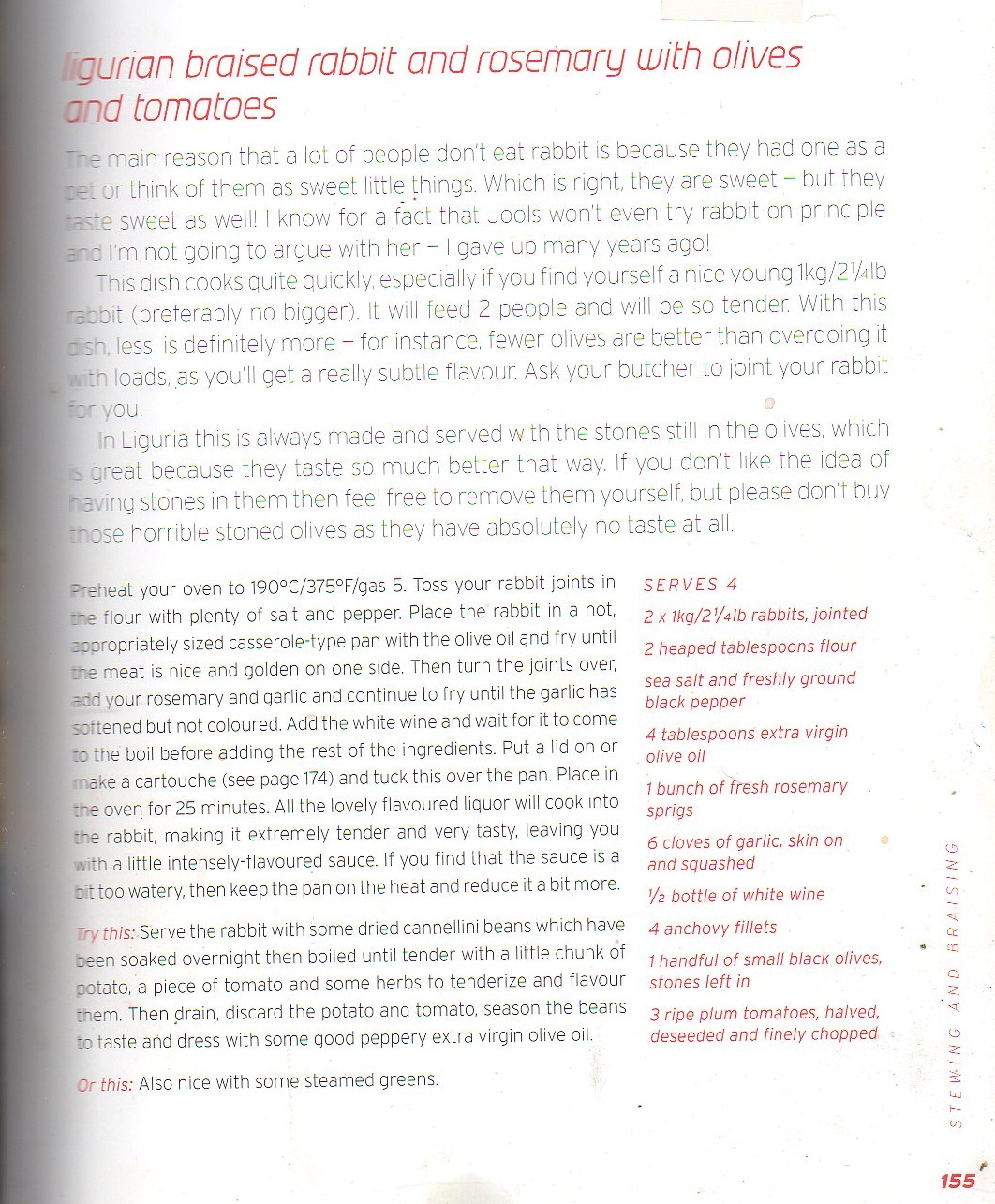 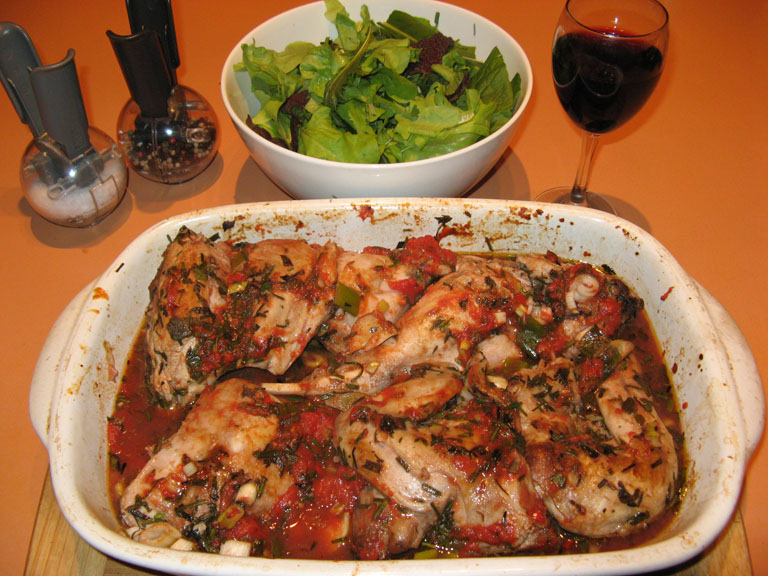