We had turkeys many years ago, when one of our daughters was responsible for their care. Each of the children cared for their own particular animals and their pocket money was what they made for selling the babies. This was a great way to encourage responsibility as well as learning about money-working for it and budgeting through buying and selling their stock. As they reached teenage though, they became less interested and we either had to take over or sell on. Our daughter was obviously at this stage, so one evening Mack suggested to her that she sells them to us and we will take over their care (and profits). She said she would ‘consider our offer’. The next morning, Mack went outside and discovered the paddock carpeted in feathers, and not a live turkey in sight (damn those foxes). He came in to break the bad news to our daughter, saying she really should have made a decision last night because now they were all gone (and therefore it is her loss-a very important life lesson, he thinks). “That’s alright dad” she said, “I sold them to mum last night!”

Hence….our daughter is now a successful business woman, and it has taken us years to recover and prepare to try turkeys again!!

This new journey began with the purchase of seven poults (baby turkeys) aged from one to five days old. They needed a light bulb to keep them warm until they were big enough to manage alone. One died, but the remaining six grew stongly. 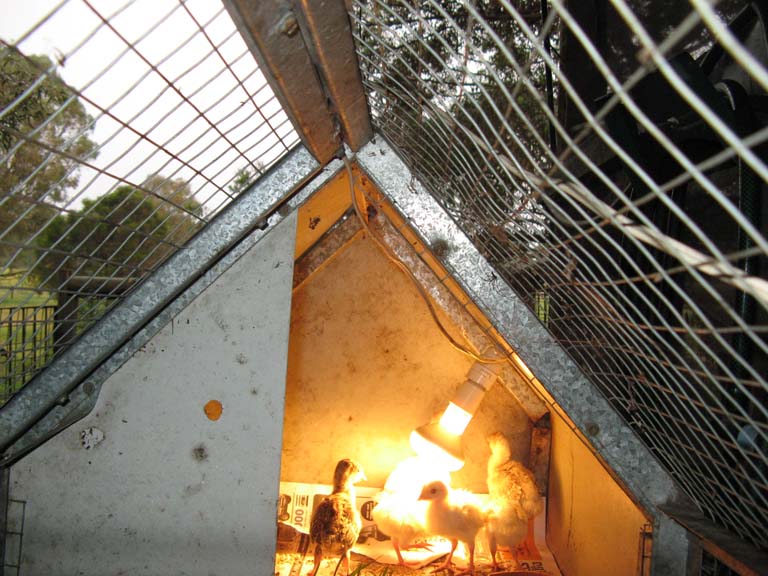 As they grew out of this small cage and no longer needed the light, they were placed in a temporary cage until we finished fox proofing their new ‘home’….. 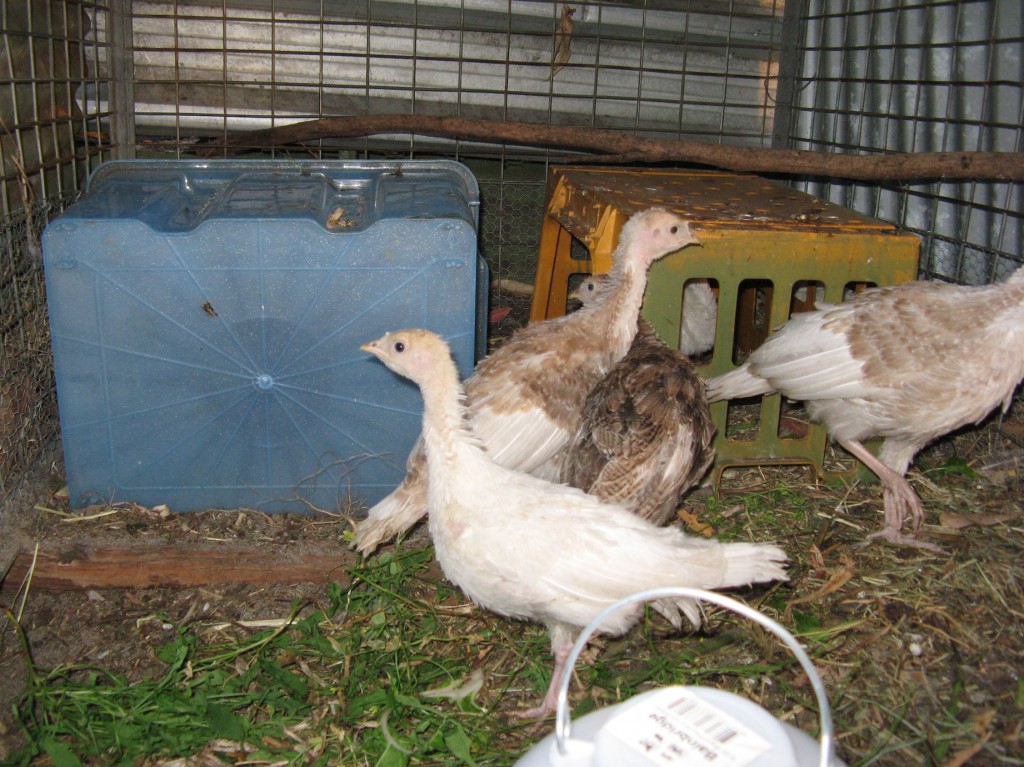 Next sized up cage due to rapid growth of turkeys!

……..but they grew so rapidly they needed a larger temporary home…. 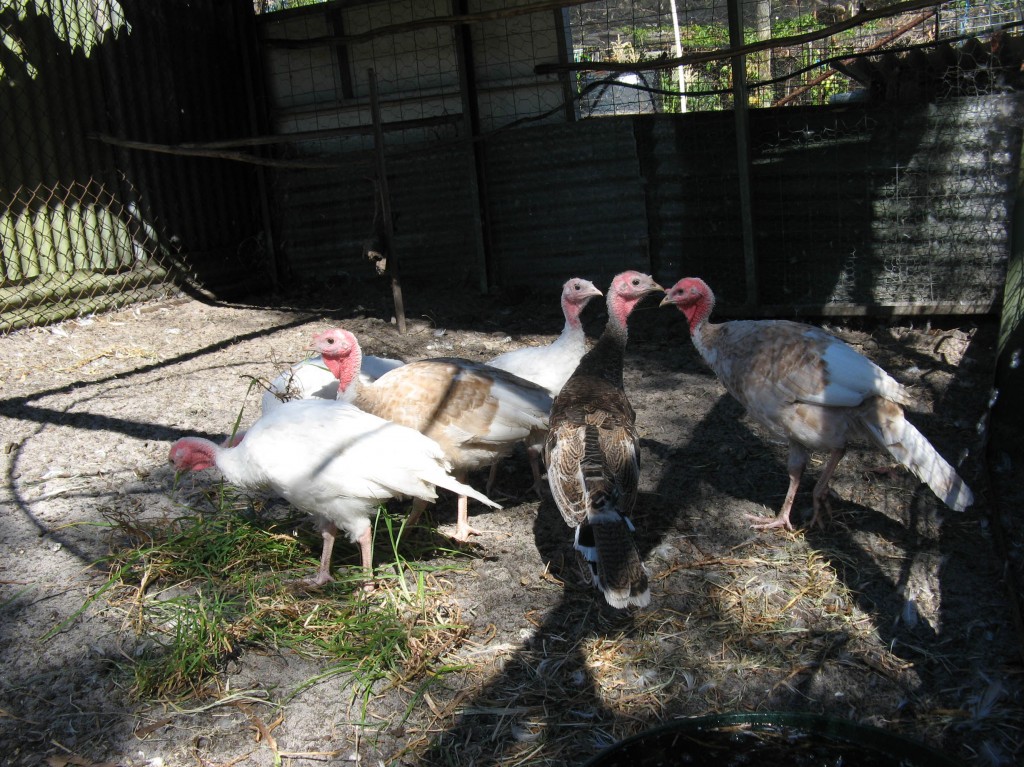 Once they were big enough they were let out of the cage each morning to free range in the orchard and do their job- keep the grass trimmed and eat any fallen fruit! 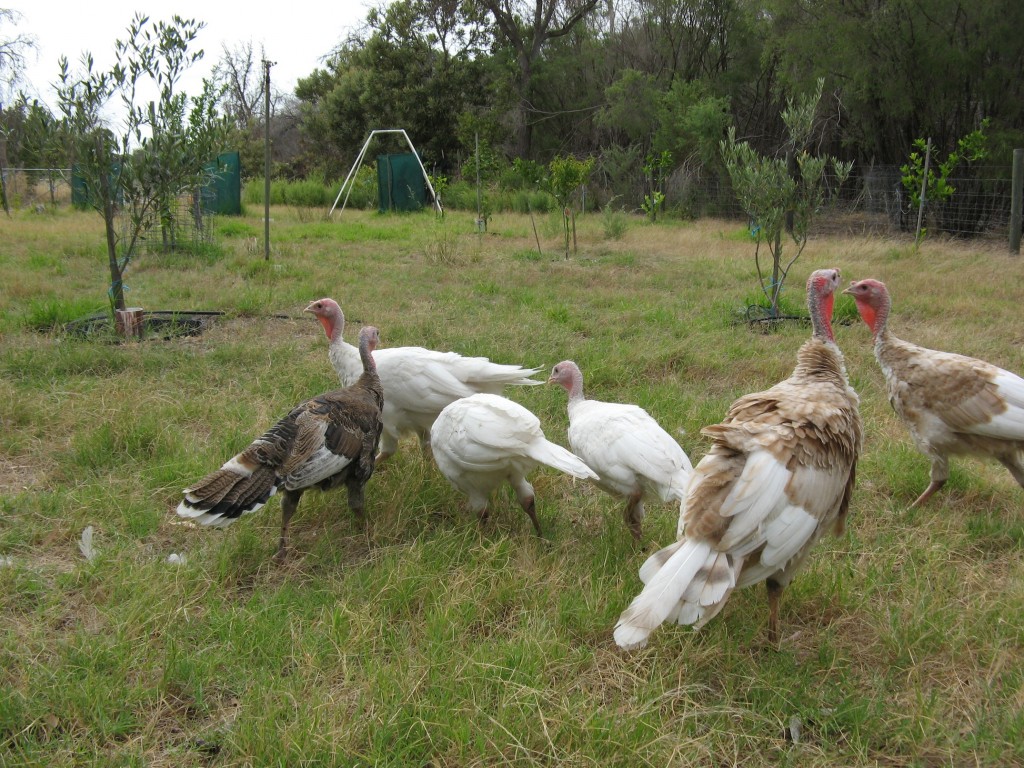 Doing their job in the orchard

Unfortunately, five of the six turkeys turned out to be male! We managed to swap two white males for more females, so a better balance was achieved. One of the disadvantages of buying chicks is not knowing if they were male or female!

We now have a nice, small flock of turkeys that are easy to manage and produce enough to supply us with turkey. 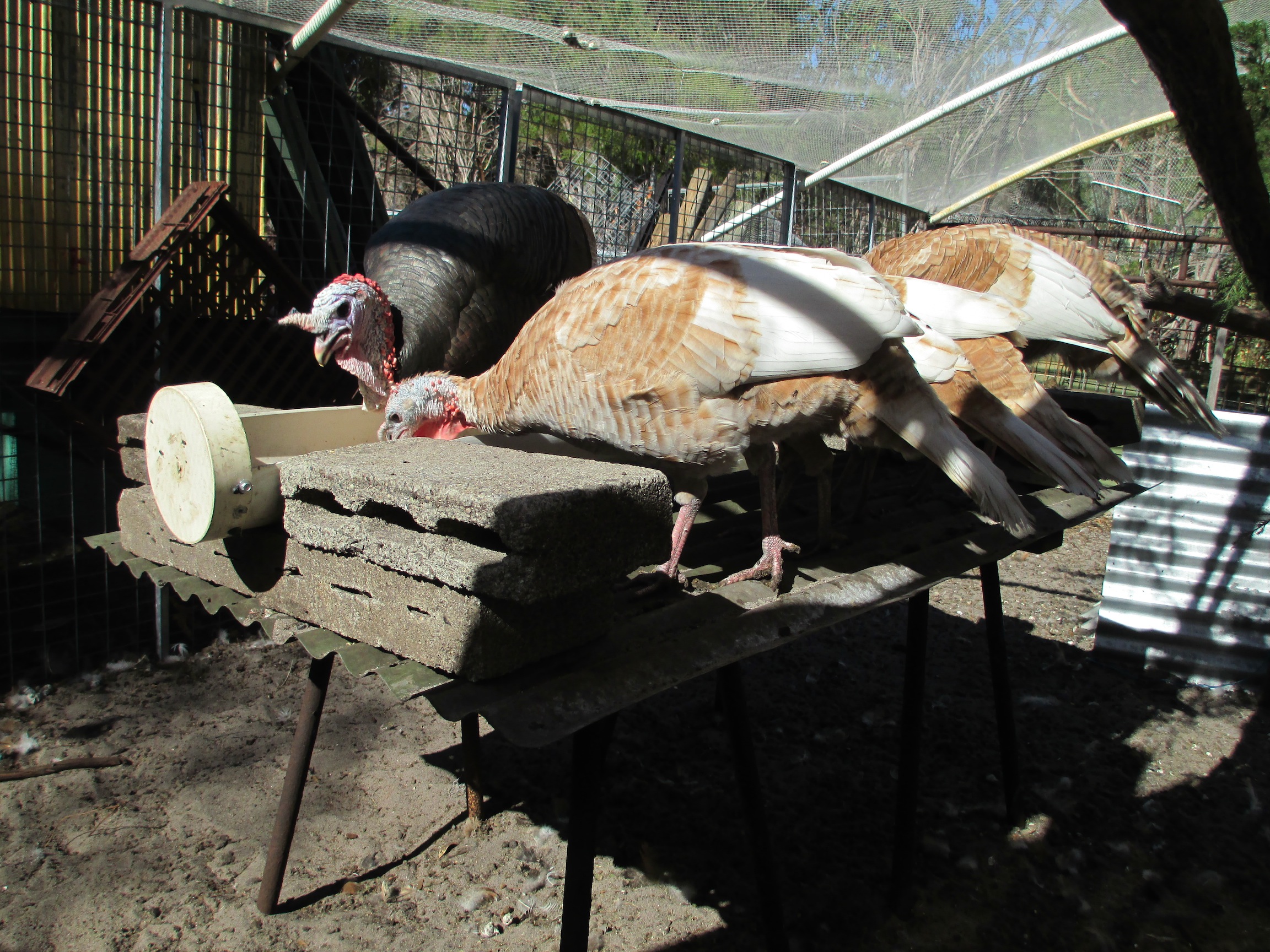 Turkey feeder- high off the ground to stop the ducks stealing the food! 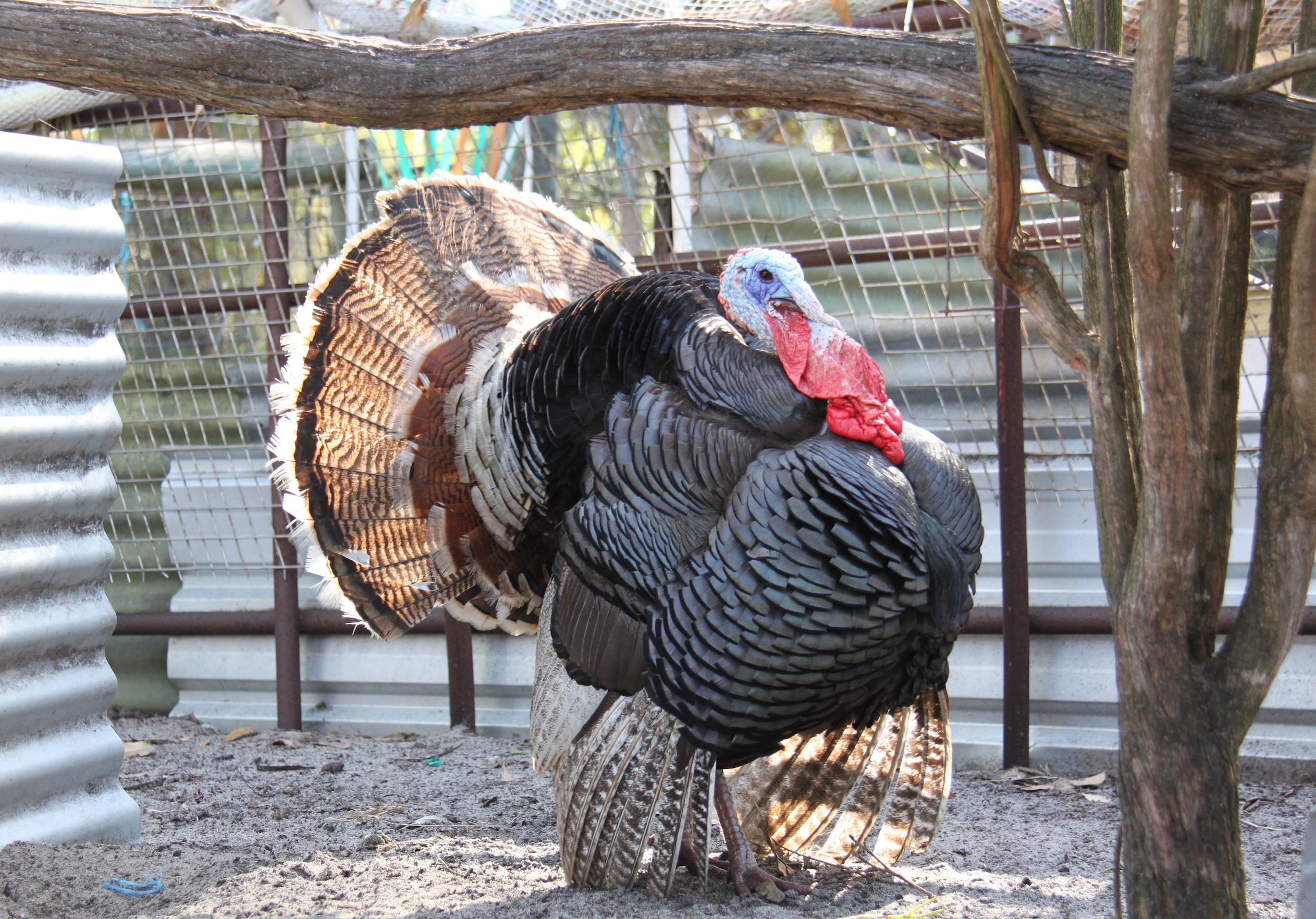