We had a good look through the horizontal hive today, as there was finally a nice day and the time! The bees were a bit agitated, which was of some concern, but we proceeded to see what was going on.

Each side of the brood section was going quite well, though virtually no capped honey. There was plenty of comb being built and a fair amount of uncapped honey, so not too bad given the setbacks this hive have had. Of more concern was the bees agitation, which increased the longer we went.

In the brood section we only had chance to check out three frames, all of which had capped brood and larvae of varying stages. We couldn’t see the queen, but that isn’t surprising as we did need to close up – partly because the bees were agitated but mainly because our grandchildren arrived for the day and we didn’t want to annoy the bees any further as the hive is quite close to the house.

So, we will need to check again and see if there is a queen or any eggs, or maybe a queen cell. We have never replaced the queen of this hive, and given the changes it has undergone (from a wooden box to a topbar, then when that was smashed by a tree to a Langstroth, then to the horizontal), perhaps it is time. 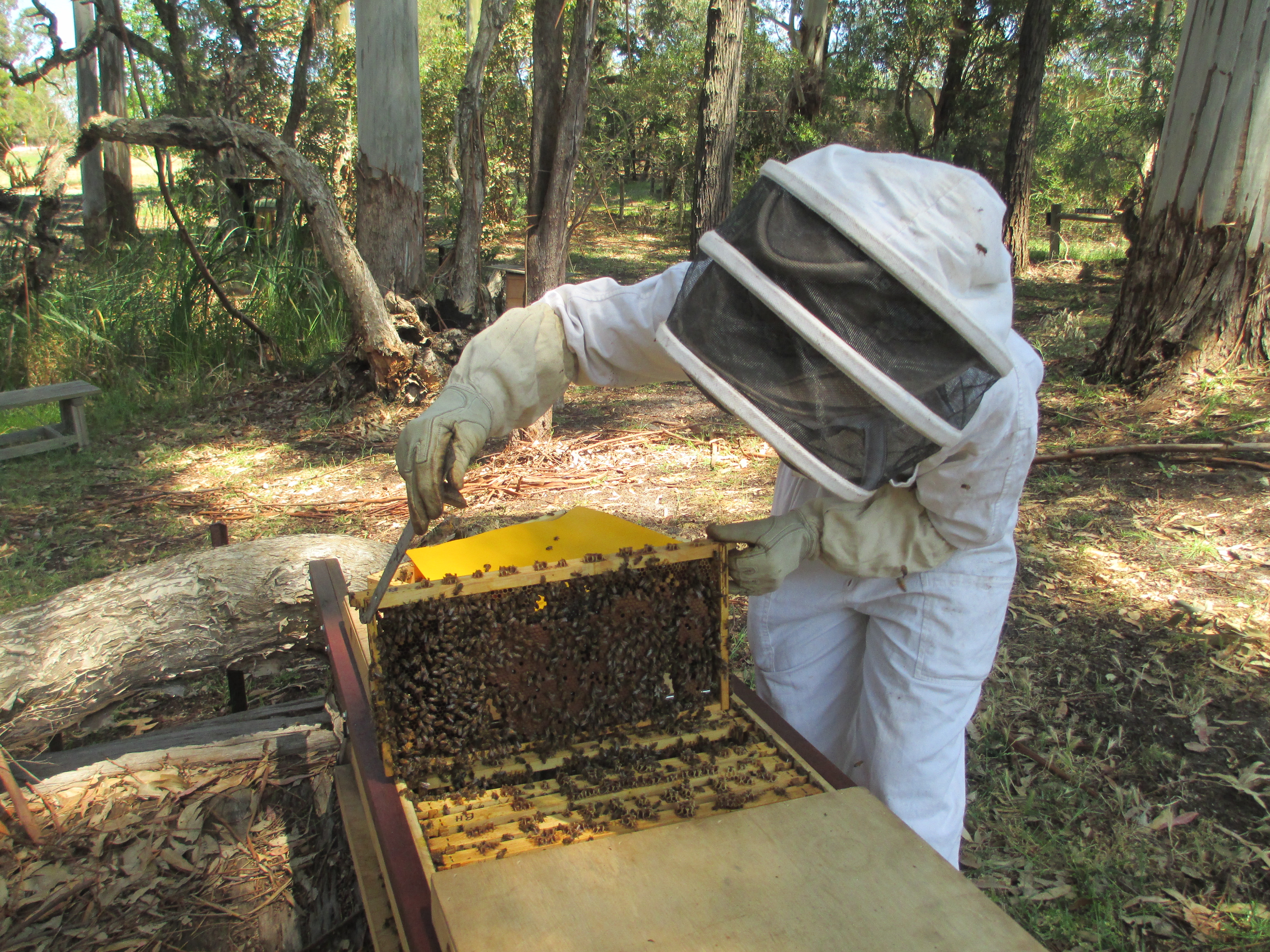 Plenty of bees inside, and coming and going! 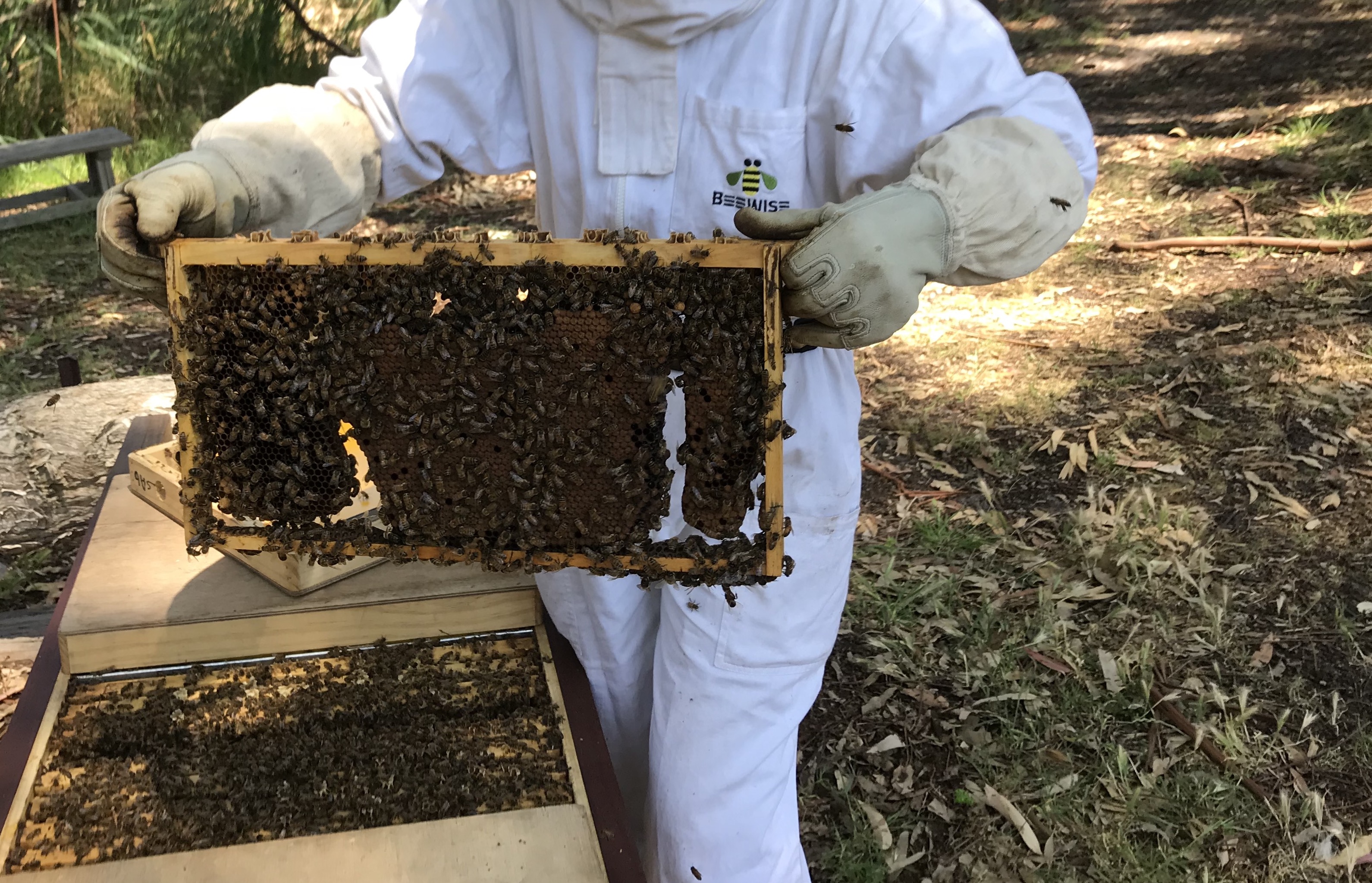 In the photo above you can see the original topbar comb in the centre, and he comb the bees have built either side to fill the Langstroth frame. This frame was pretty much full of capped brood.