Well, after having no geese for a couple of years, we decided we really needed them…..even with the ducks! Ducks go where they like and tend to rummage for bugs and weeds rather than graze. The geese are grazers, and so eat the pasture in the paddocks, and since we haven’t had them any more we have had to mow in the orchard….there is NO WAY we are putting our Wiltshire sheep in the orchard to eat the grass, there would be no leaves left on the trees!

So, we decided we would get a small number of geese only for the orchard….we bought an incubator (something we had been considering for a while) and 8 fertile eggs. Of course after ordering and paying for the eggs she also offered us a goose and a gander (we had been unable to buy them previously, hence the eggs!!). So we now have an adult goose sitting on a few eggs she laid since being here, plus we have had four of the eight eggs hatch into cute little goslings!

We were so lucky to be photographing the first two hatchlings when the third egg hatched right before our eyes! 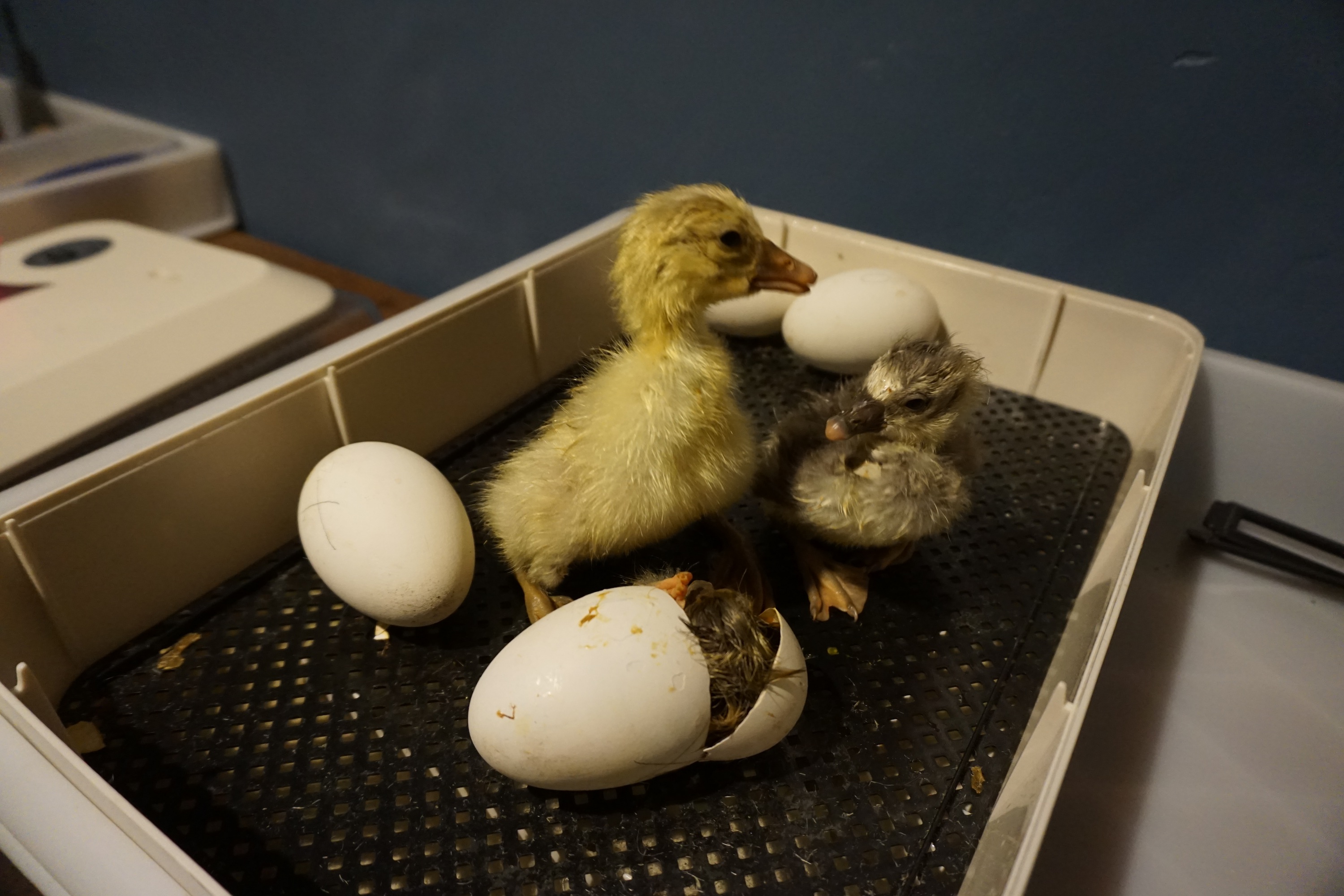 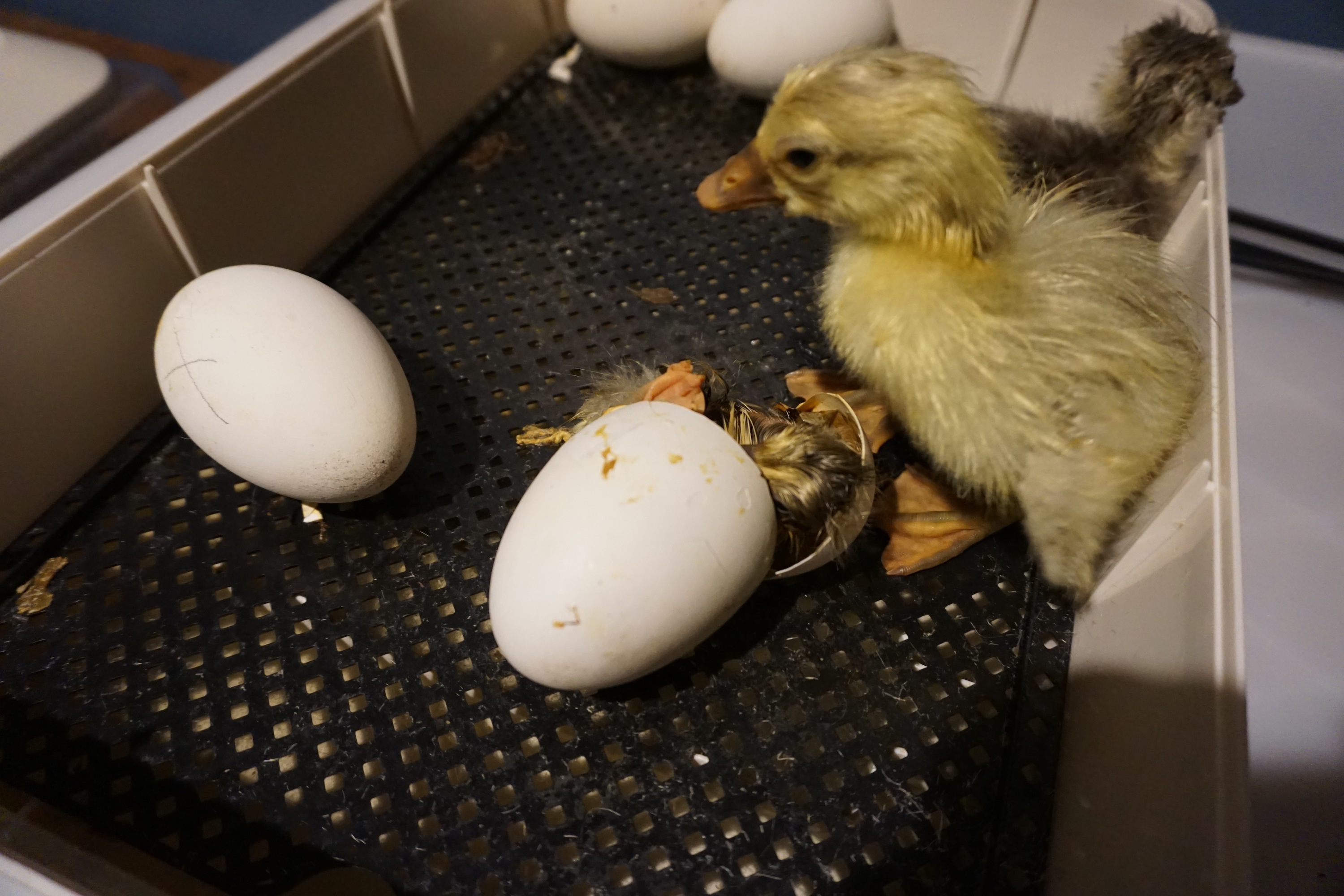 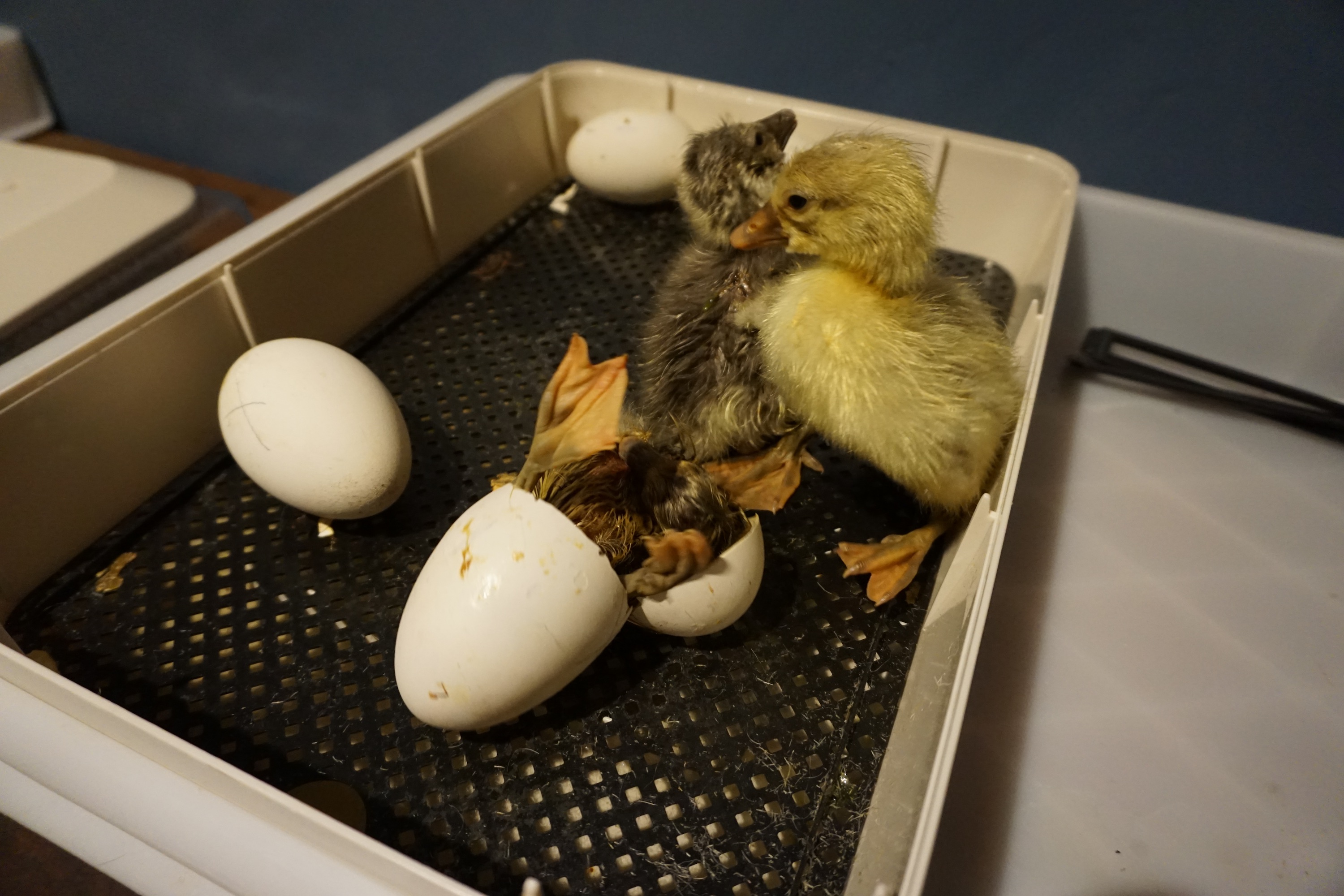 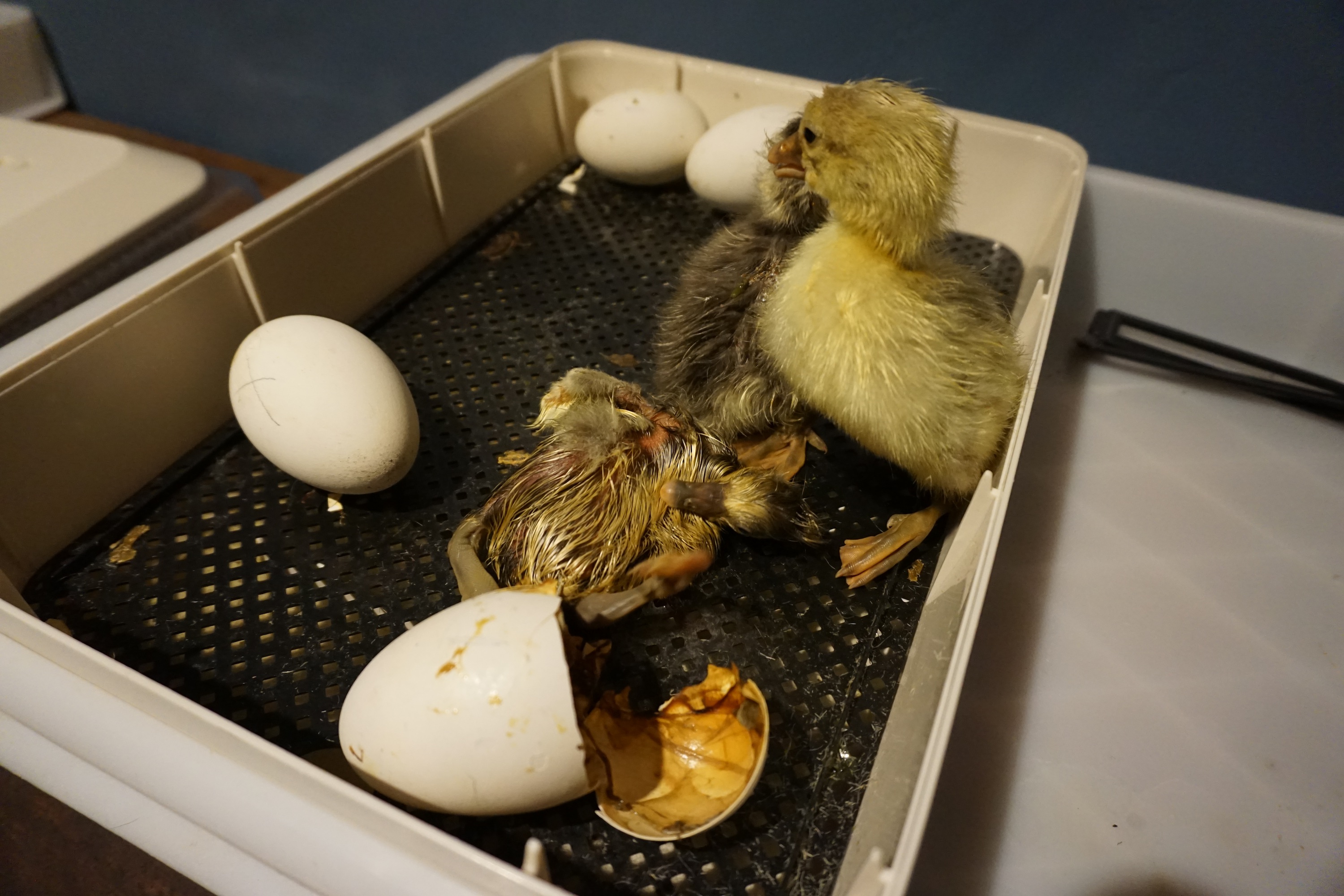 There are now four, and all doing well in a homemade brooder box!