We love growing our own luffa/loofah, which we then use in a hand soap. It is great for cleaning off the dirt after a day in the garden!

Growing loofah is much like growing pumpkin, though they do have a longer growing season so don’t leave the planting too late. Here in Perth we plant in September/October. If it is cool in September (which it certainly is this year!), it is best to plant in trays under cover. Usually though I have no problem sowing seed directly into the soil. This year we had a good crop, though for some reason they were quite small.

When young, the loofah can be cooked and eaten, but we prefer to grow them to maturity to use the dried sponge inside. When they have matured, they dry out and you can hear the seeds rattling inside. After picking, we allow them to dry out some more, then peel them, and shake all the seeds out-saving for planting the next season of course.

After being peeled, cleaned and air dried they look like this: 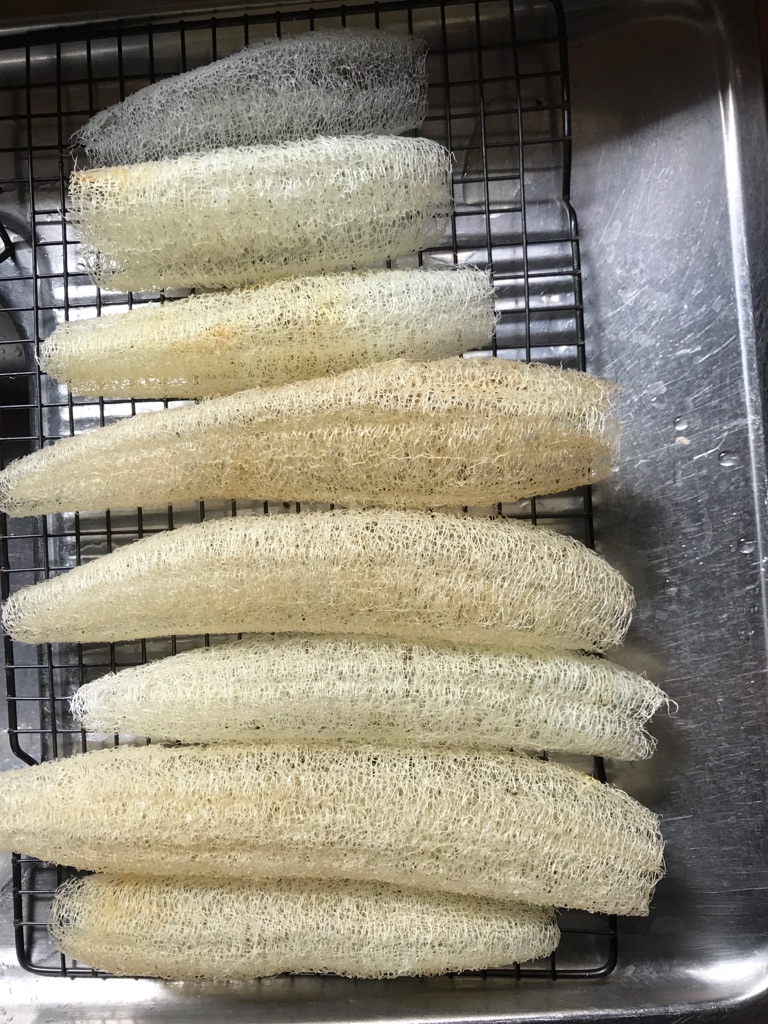 Home grown loofah, cleaned and ready to use

The loofah need to be really dry, so we leave them another week or two to be sure, then make up a batch of melt and pour soap. This is a really quick way of making soap, though we have plans next time to make a cold press soap and see how that goes. Melt and pour soap comes in a block- we just got the plain glycerine soap from Aussie Soap Supplies and added some lemongrass essential oil and a hint of yellow colour. The loofah were cut to size and placed inside these handy, non stick cylinders (we also tried in the soap moulds to see how they would work). 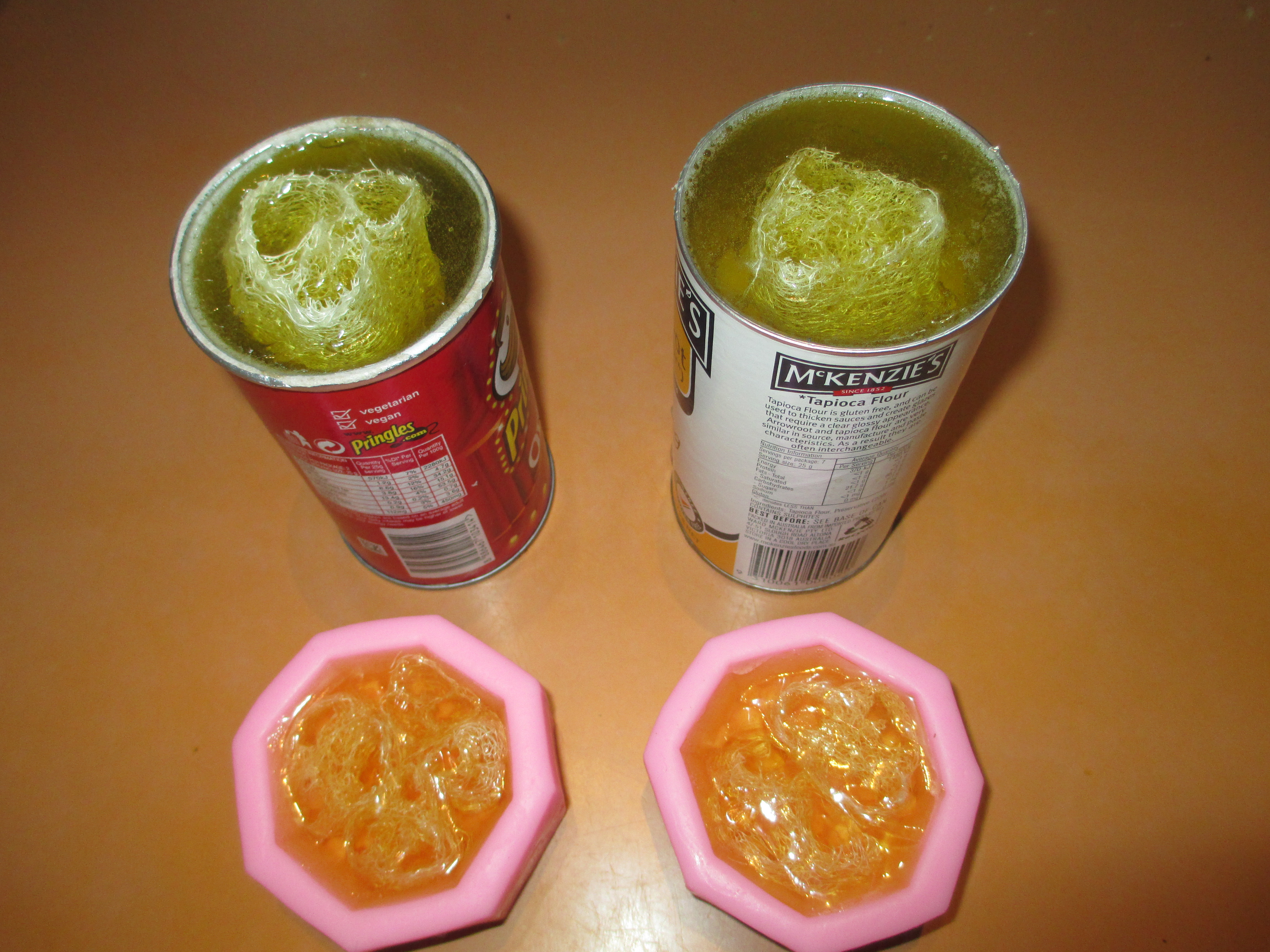 Once set and cool, the soaps in the moulds were turned out-but a lot of the detail of the mould is lost with the loofah inside so next time we will try plain moulds. With the cylinders, we just carefully cut off the closed end and pushed out the soap, then cut into slices. 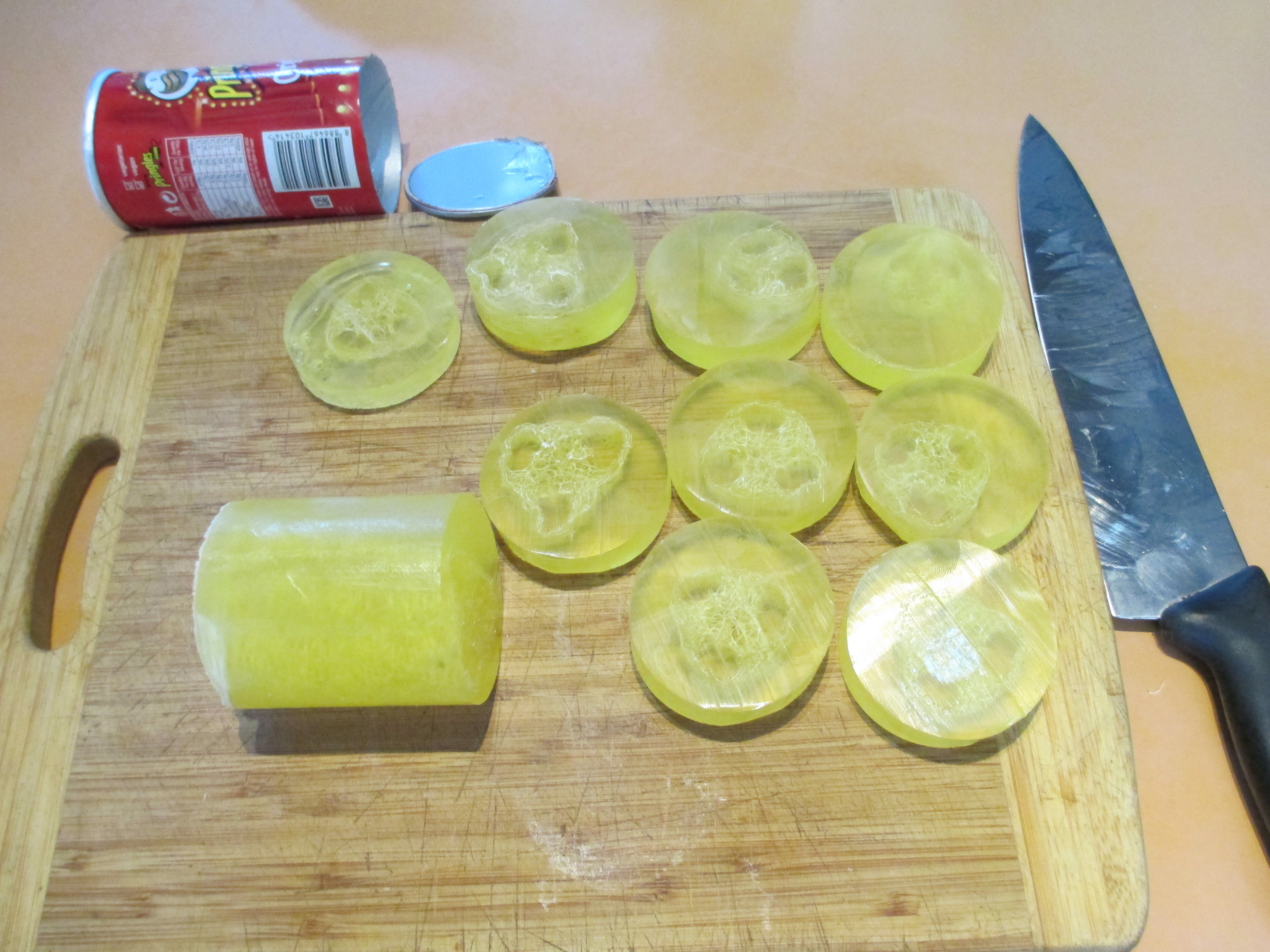 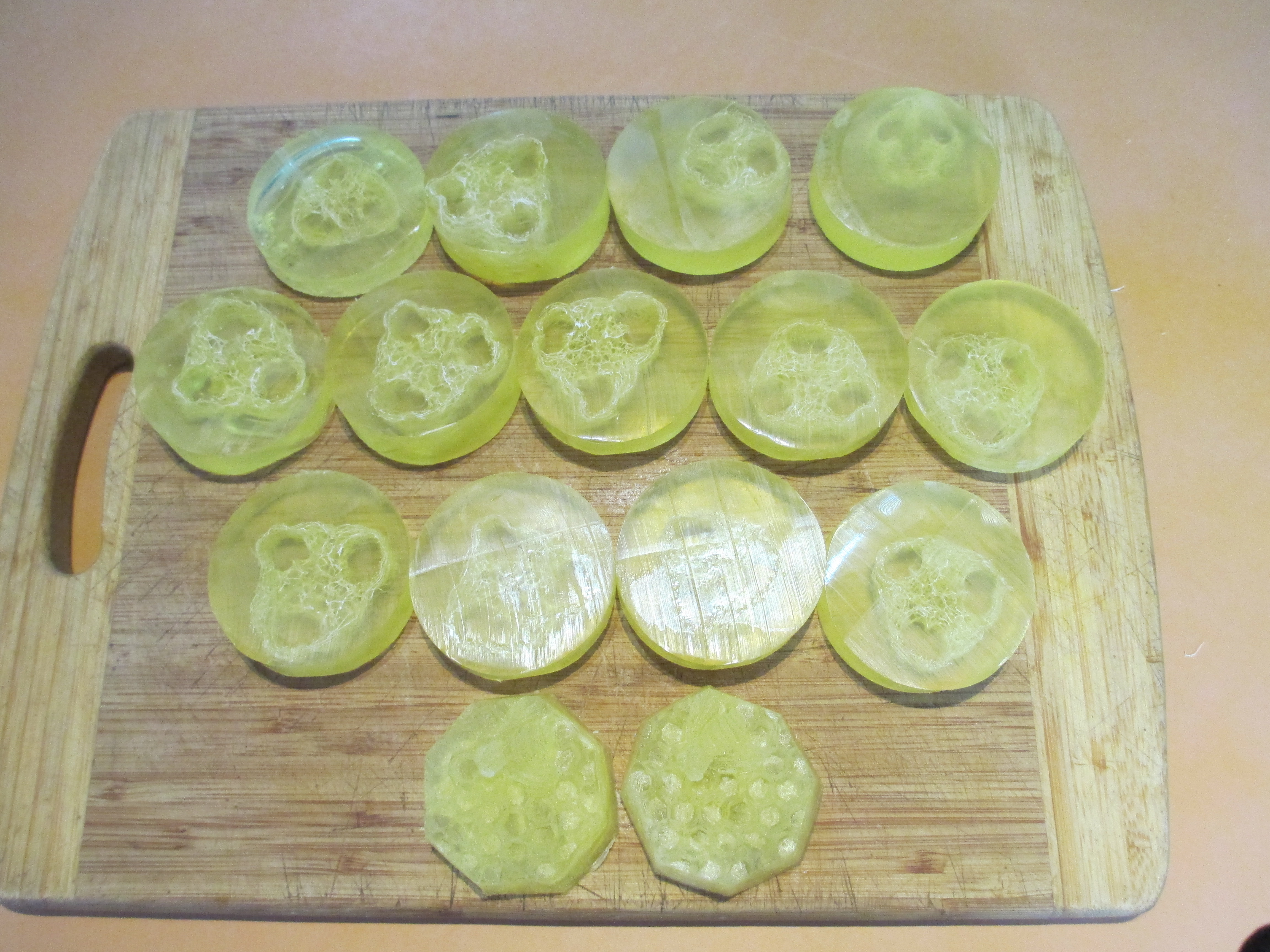 The final product, is a gentle, lightly antibacterial (from the lemongrass) loofah soap that works a treat after a day in the garden- you know?- when the dirt is ingrained in your fingers and you think they will never be the same again!