After a huge effort to get the aquaponics up and running, it has been great to consolidate a bit this last month. The aquaponics has really got going and is loving its new position on the east side of the house. In summer we will need some protection from the easterly wind, but in this autumn weather it is really cranking!

Both systems are going very well with good plant growth and healthy fish.

Also going well are the beehives, which is surprising in a way as it is well recognised locally as being a very poor season. Where some have had to feed their bees all through summer, we have managed without that and even did a small harvest (12 litres) as we downsized for the winter months.

Another finishing touch to the garden was the installation of a SubPod, a worm/composting system we are trying out as we decided not to bring our old worm farm (an old cast iron bath). So far it is great to be able to reuse those items the chooks won’t eat, such as tea bags, lint and tissues!

Yes…..we now have a bee hive! We decided to go for a new hive and bees, rather than second hand as we really wanted to avoid introducing any disease onto the property. We bought the hive components from Guilfoyle’s and put it all together ourselves. This was a great way of learning the parts and how it all worked. Introducing the ‘nuc’ (nucleus) of new bees was a very simple process- we put the small box they came in on the base we had made for our hive, and let the bees out for the day. 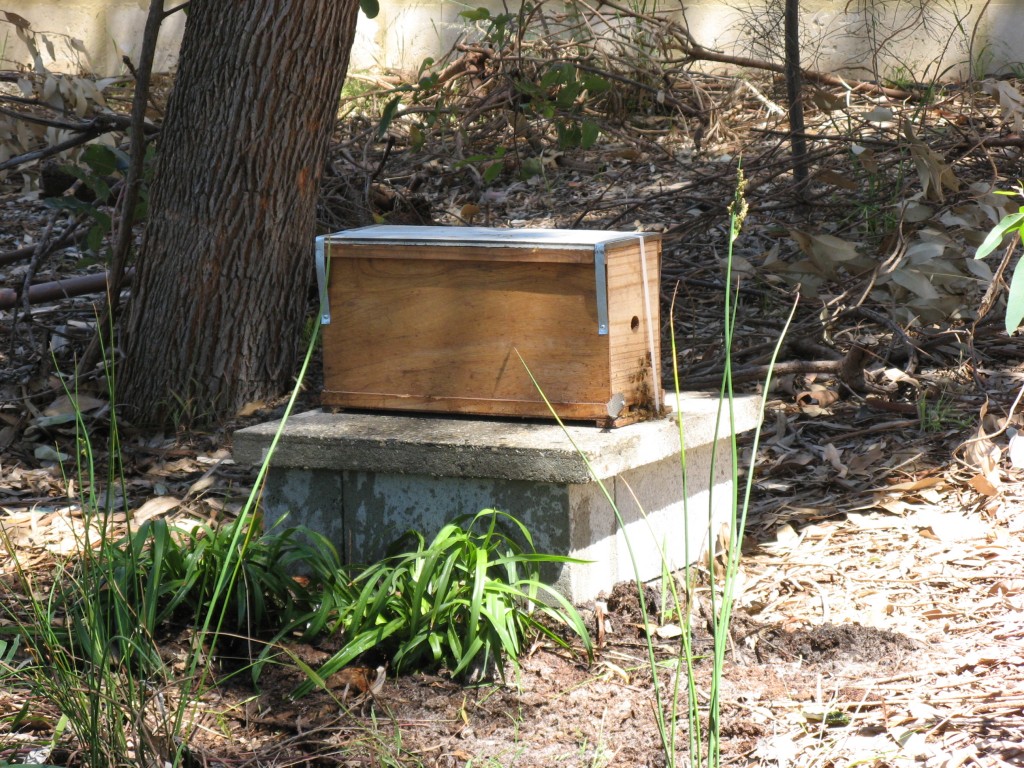 The nucleus of bees in place where the hive will be

Then, suited up, we gave it a couple of puffs of smoke from the new smoker, moved it to the side, and set up our hive on the stand. 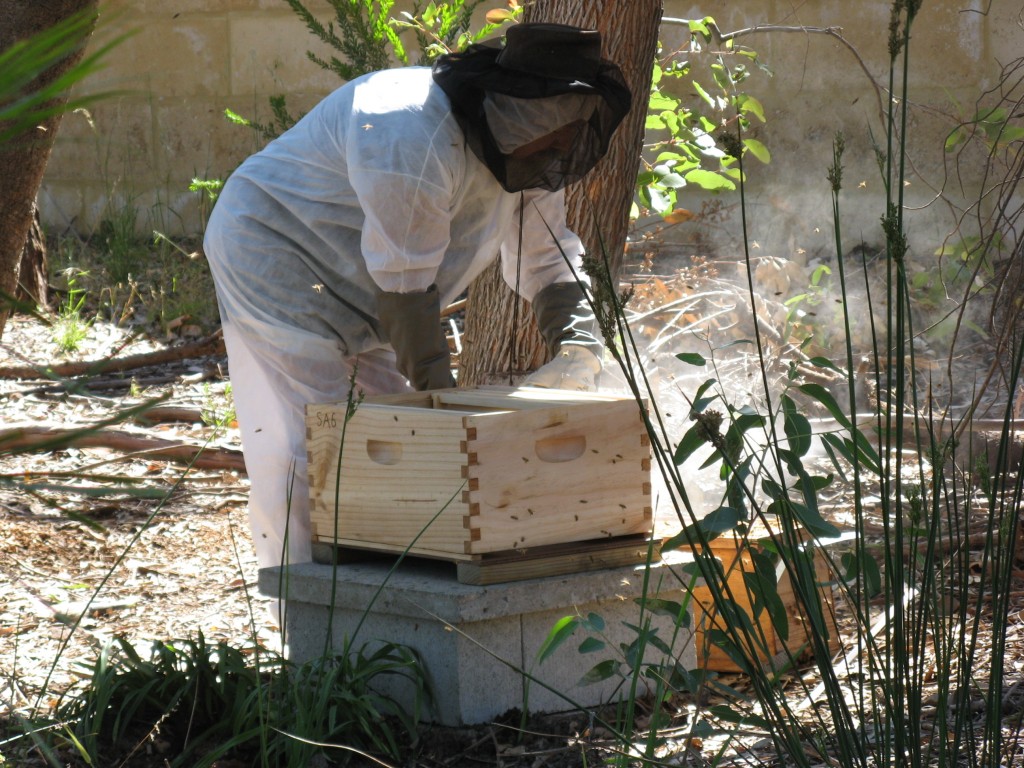 Preparing for the transfer of frames

Then the four frames (covered in bees) were transferred from the nucleus box into our hive, and voila! we now have our own bee hive! 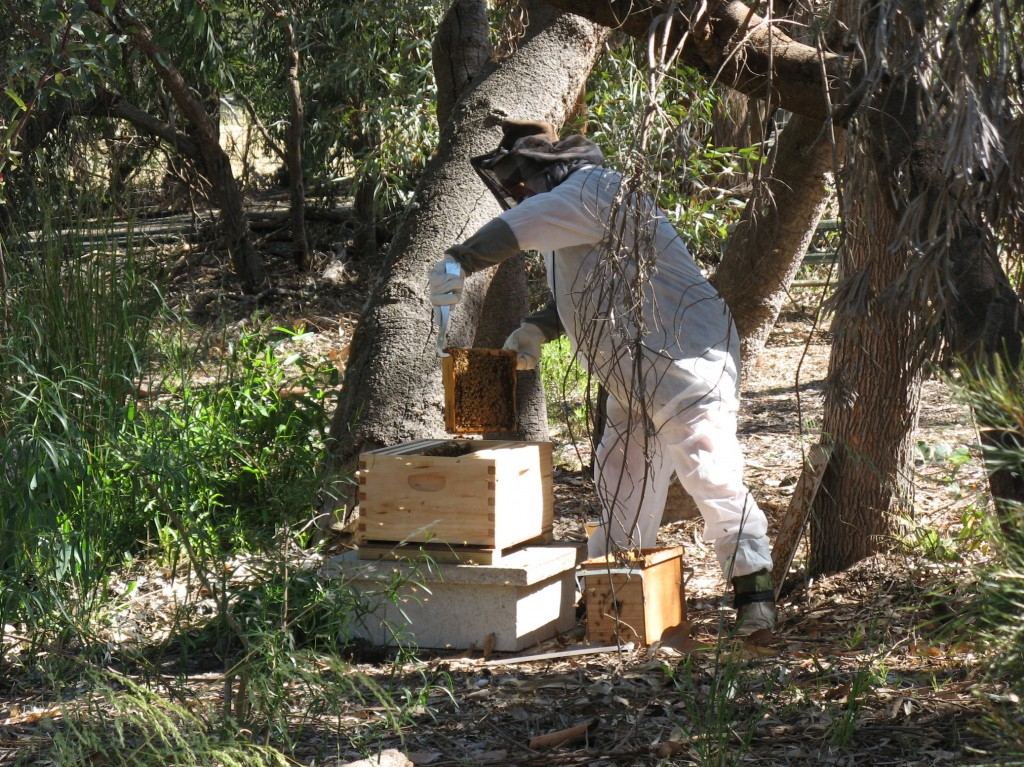 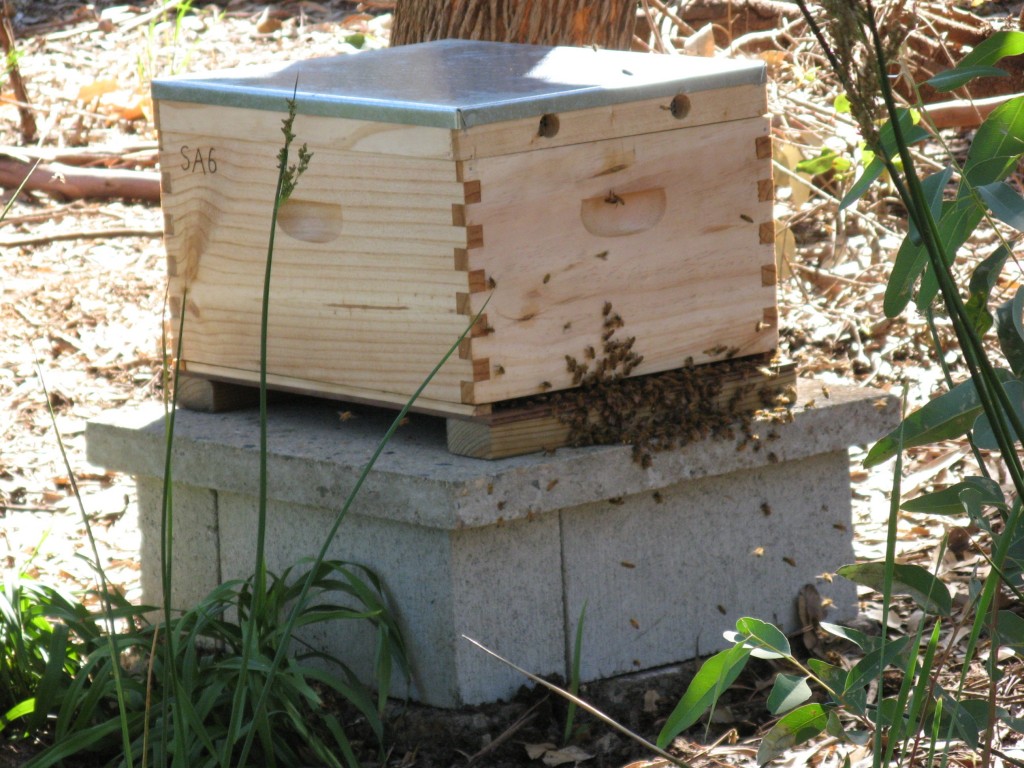